Adolescence isn’t what it used to be. Instead of feeling awkward about this next stage of life, Madeleine Shaw is on a mission to help tween girls embrace and celebrate this time – with the whole community.
Apr 4, 2018 9:58 AM By: Maria Spitale-Leisk 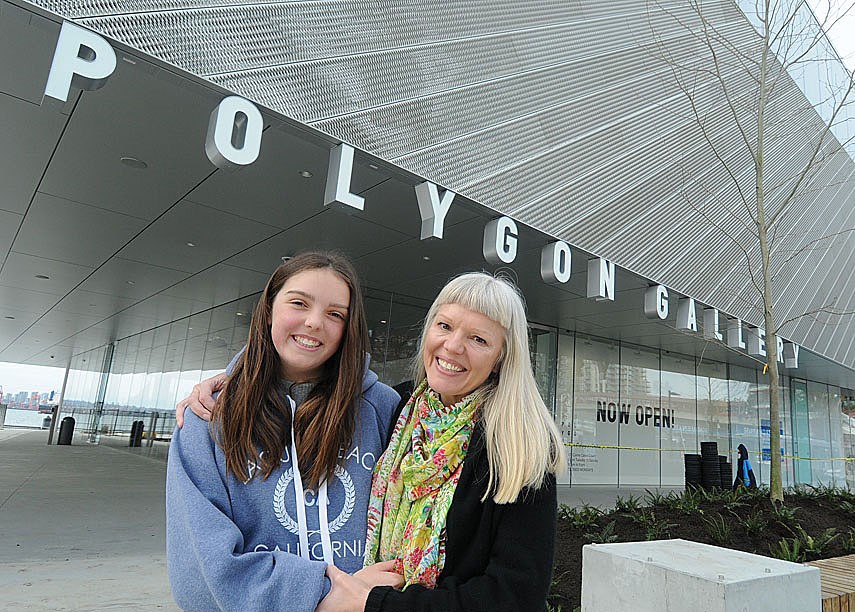 Adolescence isn’t what it used to be.

Instead of feeling awkward about this next stage of life, Madeleine Shaw is on a mission to help tween girls embrace and celebrate this time – with the whole community.

The idea for G Day came from Shaw reflecting on when she was her daughter Gigi’s age. It was dream that kept resurfacing for Shaw while she focused on other projects in her life, including co-founding Lunapads.

“To me the notion of becoming an adult woman felt incredibly special and kind of weighty – like it was a big deal,” says Shaw.

While she was equipped with all the “technical” information surrounding puberty and sexual health – what was missing for Shaw was a sense of celebration and being “welcomed by my community into the next phase of my life.”

In 2014 Shaw launched her first G Day event and has since held six more across Canada. On G Day the girls bring along a supportive adult in their lives who will continue to help nurture their self-esteem.

“So there’s kind of a perception that this is a mother-daughter thing, but it’s not. It’s dads, non-binary folk, anybody who is playing a meaningful role in raising a girl – and wants to celebrate her at this time in life,” says Shaw.

She stresses there is nothing formulaic or even aspirational about G Day. The girls don’t have to walk through the door with academic or personal goals.

“It’s just about one day where we’re celebrating exactly who the girls are and who we are as a community on this day,” she says.

On May 7, the Polygon Gallery in Lower Lonsdale will play host to the next G Day event.  It’s a professional development day in the North Vancouver school district, so Shaw is hoping some tween girls will spend it feeling empowered.

Gigi is 12 years ago and just wrapping up her last year of elementary school.

“It’s a very big transitioning point, of course, going from being a kid to taking on more responsibility,” says Gigi.

“And you can definitely feel it. And it’s almost nerve-racking but I feel like I’m being welcomed into becoming a teenager – and it’s exciting.”

But does she feel uncomfortable about what lies ahead?

“There is definitely the aspect of awkwardness, especially now that the school has started incorporating dances with boys. There’s all that angst,” says Gigi.

Talking to supportive and positive role models in her life, especially her mom, helps Gigi a lot.

Asked about tweens interacting in the online sphere, Gigi has mixed feelings. She says social media is a great tool to connect with people, “but it’s also a very scary place.”

“There’s so much pressure that’s put on you,” explains Gigi. “So much relies on the count of your followers and it can truly make or break your popularity or who are your friends. It’s a big weight I think.”

Gigi adds it’s hard for people her age, at that impressionable stage, to ignore pictures of models and others who project an unattainable image. She credits her upbringing for helping her recognize “that’s not what I want to be thinking about.”

Instead, Gigi concentrates her energy on sports, including basketball, roller derby, swimming and badminton. Artists and athletes are positive role models in Gigi’s life.

“She is an amazing athlete,” says her mother.

About 120 tween girls, along with their adult supports, also called Champions, are expected to attend G Day at the Polygon Gallery.

Shaw says the Polygon, with its different spaces, works well as a venue so the tweens and adults can branch off and also come together.

The Polygon’s wide wooden staircase will be used for a “beautiful singing activity,” says Shaw, explaining how the adults will line the sides while the girls go up the stairs.

This activity is meant to metaphorically represent the transition from childhood into adolescence.

What the event is not is a Sex Ed class – at least not for the tweens.

“For the girls, it’s more about having fun and being creative and connecting with one another and listening to stories – as opposed to being expected to retain information. Although the parents will have a chance to ask Saleema questions about what is important to support girls at this stage of life,” says Shaw.

Parenting expert Saleema Noon will be a guest speaker at the G Day event, along with Sole Girls founder Ashley Wiles, artist and community engagement facilitator Vanessa Richards and Tsitsayxemaat, Rebecca Duncan, who has devoted her life to preserving First Nations culture.

Following the traditional stages of rites of passage – separation, initiation and return – the girls and their Champions start the day together, engaging in intergenerational activities and dialogue, before breaking into separate spaces.

Alix Dunham of North Vancouver’s Pink Petal Ballet and Girls with Grit will be leading a yoga class.

After experiencing their separate programs, the girls reunite with the Champions for a ritual ceremony “that expresses G Day’s real magic: the affirmation of the value of self, family and community, no matter how we are related.”

Gigi has attended five G Day events and raves about the experience.

“I absolutely love it. It really brings in a sense of community and how many people are there for you. And (the event) especially builds up courage. You have this new-found sense of ‘I am amazing and I can do this,’” attests Gigi.

She says many of the girls are strangers to start but by the end of the day they feel like they have known each other a long time.

“It’s great to see how quickly you can bond with people,” says Gigi.

Most of the presentations by G Day guest speakers include a passage from their lives and a message of resilience to help guide the girls.

Elements of harassment and violence might tinge these stories from an older generation.

“Once upon a time we lived in villages so these conversations were more accessible. The idea with G Day is that we are the village for the day,” says Shaw.

Tickets are $60 each for this event, which is being put on by a registered charity called United Girls of the World Society. Sponsored tickets are available for those needing financial assistance.

Snacks are provided, but attendees are asked to bring a lunch.

More information is available at gday.world.