Digging at the roots of homelessness 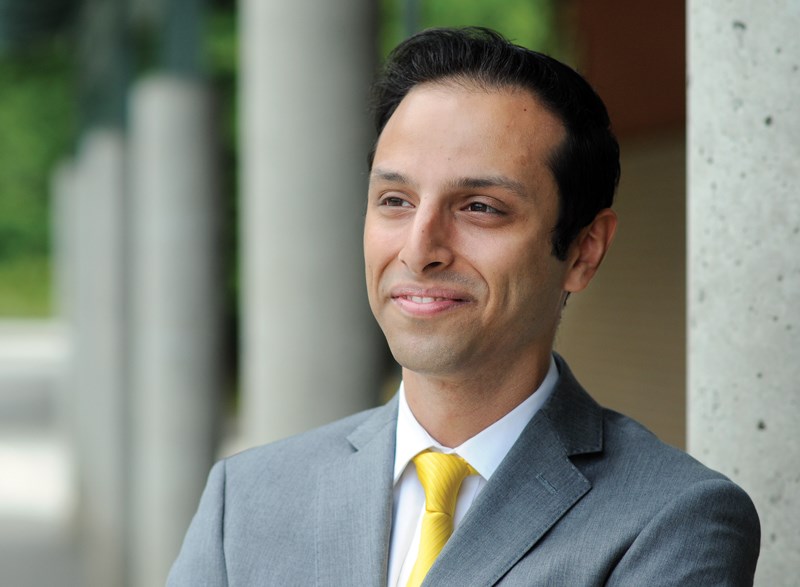 Milad Parpouchi is one of 15 doctoral students from across Canada to earn a $60,000 scholarship from the non-partisan Pierre Elliott Trudeau Foundation. Parpouchi is studying the root causes of homelessness. photo Mike Wakefield, North Shore News

When Milad Parpouchi was growing up he was perplexed at the rampant homelessness in the Downtown Eastside. How could such a major problem be so widespread in Vancouver – in Canada – where the quality of life for so many people is so high?

When he was older, the North Vancouver resident attended SFU and through his education his perplexity turned into compassion, which in turn has informed his research in population and public health.

“The goal of my research is to really understand homelessness by looking across the lines of people who are homeless and living with mental illness, looking from early-childhood through to adulthood to determine the factors in their lives that increase the risk of homelessness later on in order to inform public policy,” Parpouchi explains.

The Pierre Elliott Trudeau Foundation is intent in helping him succeed.

Parpouchi was recently selected as one of 15 doctoral students across Canada that the non-partisan foundation has awarded a scholarship to.

Parpouchi was delivering a presentation at Richmond Hospital when he found out he’d been awarded the scholarship that will provide him with $60,000 per year for the next three years of his doctoral degree.

“It doesn’t just provide financial support, but also provides a whole community of mentors and senior scientists, called Fellows, where we can work together with common goal of advancing social policy in Canada,” he says.

Not content to merely publish study after study and then move on, Parpouchi, who was also the recipient last year of a Canadian Institutes of Health Research scholarship, and his fellow Trudeau Foundation scholarship winners want their research to make a tangible impact.

“The second focus of my research is looking at Housing First, which is a supportive housing model. Essentially, it involves providing private-market housing and combining that with supports and at the same time giving people a strong say in where they live and what services they want to access,” he says.

Parpouchi notes that when he was growing up he believed that public health issues, such as homelessness, were derived from people’s poor lifestyle choices.

But he says he eventually came to understand that health or homelessness are largely influenced by social factors that are created by – and can hopefully be alleviated through – public policy.

“People become homeless in many different ways,” he says. “It’s a complicated picture.”

In order to untangle that complicated picture, the subset of the homeless population Parpouchi is committed to helping are the roughly 20 per cent of homeless people that remain chronically homeless, often due to past traumas that keep them in a cycle of poverty.

“Things that we know make a difference across people’s lives like early-childhood experiences, how does the system respond to instances of trauma, adverse experiences, sexual, physical, verbal abuse?” he says.

Close to 35,000 Canadians will experience homelessness on any given night, according to the findings in a report from Canada’s National Housing Strategy.

He says that homelessness is not just an issue relegated to Vancouver’s Downtown Eastside, either.

“North Vancouver is a generally well-off area … but homelessness does exist,” he says.

Parpouchi says in North Vancouver, like much of the Lower Mainland, he sees more and more people living in what’s called “core housing need,” which means a more substantial proportion of people’s income is going towards housing, leaving them with less money and a higher risk of experiencing homelessness.

Parpouchi meshed well with the other doctoral students who received a foundation scholarship when they all met up in Winnipeg recently.

Although the 14 other scholarship recipients are all in the midst of researching different topics, from literature to international development, they all discovered there was at least one topic they wanted to discuss as a group: “Probably the U.S. election,” he says with a laugh.

But when it comes to his research with homelessness, population and public health, Parpouchi is all business.

“We just need to make sure that this research is actually translating into action,” he says.