With a bit of trepidation, reluctance and stifled enthusiasm I found myself boarding an early morning ferry, heading to the island to meet and bring home Carter, a German Shorthaired Pointer. It had been a while since I had adopted an adult dog.
Mar 3, 2017 3:48 PM By: Joan Klucha 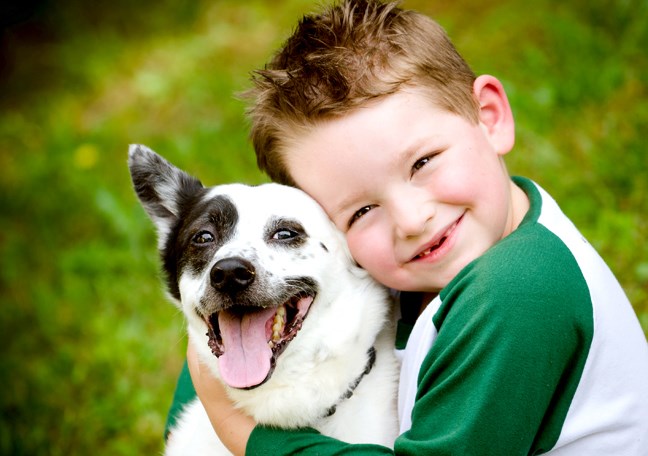 With a bit of trepidation, reluctance and stifled enthusiasm I found myself boarding an early morning ferry, heading to the island to meet and bring home Carter, a German Shorthaired Pointer.

It had been a while since I had adopted an adult dog. Over my more than 20-year career I have helped countless dog owners who adopted adult dogs, but during those 20 years I had always had puppies enter my home between the ages of eight and 12 weeks.

At that age, it is easy to establish a bond between the young dog and owner as that puppy comes with a mind void of experience and is completely open to accept, learn and bond with their new human. Creating a bond with an adult dog, on the other hand, takes time, patience and understanding that their history – be it negative or positive – can affect that bonding process.

Carter came with three years of human experiences under his collar so his ability to bond with me was going to be directly related to those three years of experience. He was returned to the breeder, due to no fault of his own, simply because he was too much dog for the former owners. He was well socialized with other dogs and people, good with children but not so good with cats. He clearly came from a good home, was loved and well cared for, maybe a bit too much as over time it became clear that his boundaries of acceptable behaviour were very loose.

Within the first week with me, I learned he had little understanding of what a leash was. This means he was probably walked on a retractable leash or an e-collar. In any case, he had no concept of checking in with me while on a walk, unless some sort of aversive technique was used.

In the home it was clear that he was allowed to either eat off plates or was hand fed from the dinner table. In my home dogs are allowed to be around when humans are eating, but they must remain on their beds – not trying to mooch or steal food.  Carter assumed that a fork full of food was meant for his mouth, not mine, and tried with great insistence to get it.

Bonding with Carter was going to be tricky as he really had no reason to want to bond with me. He had a good life and as far as he was concerned, humans catered to him. I had to find a way to establish a bond but not at the expense of manners. So as hard as it was I had to implement the advice I had given to dog owners over many, many years. Carter had to learn to work for his dinner, otherwise known as ... tough love.

For the first six weeks we struggled, as we both tried to figure each other out. Carter would naturally behave in a way that he had been used to and when he didn’t get his way would simply flit off like a bird, not caring much about me. I, of course, had expectations, at three years of age he should be over many of the puppy-like behaviours he displayed.

During those first six weeks he was walked exclusively on leash. I worked with him as I would any puppy, teaching him how to walk politely on a leash, but he was a 70-pound dog, not a 15-pound puppy, so it was very challenging for both of us. His off-leash time was in the large fenced yard and local fenced dog park where I worked every moment we were out there on his recall and focus exercises. Trail hikes were done on a long leash so he learned to check in with me often, instead of running off until he felt the sensation of the e-collar reminding him to come back.

We have now been working together for almost 12 weeks and the hard work is paying off. Today the gate to the yard was ajar due to a buildup of snow and instead of running the gate like a bull, he sat next to it, looked over his shoulder and waited for me to tell him it was OK. We are definitely on the right track.

Next column I will address bonding training in greater detail.