CANINE CONNECTION: Give your pooch purpose with a unique game

I have to admit, I have a lot of fun being a dog trainer. It’s not a career that I set my sights on at an early age, but it was at an early age that I became aware that I preferred the company of animals to people.
Aug 23, 2018 9:13 AM By: Joan Klucha 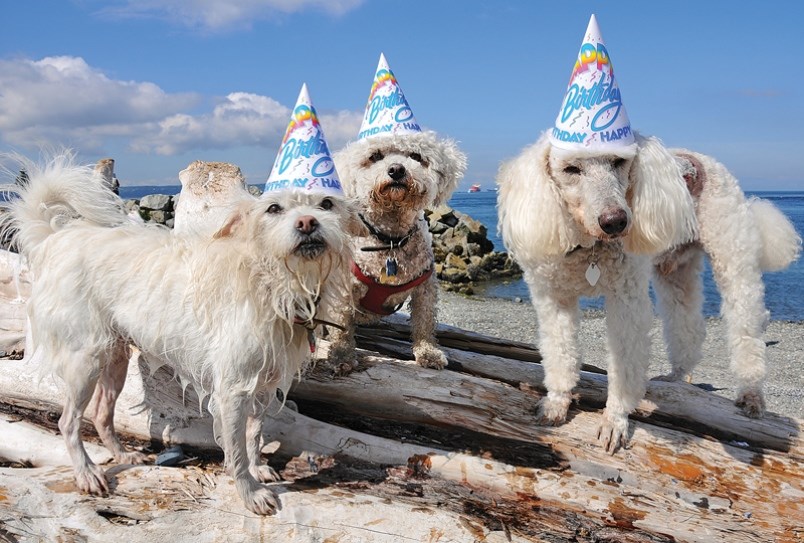 I have to admit, I have a lot of fun being a dog trainer. It’s not a career that I set my sights on at an early age, but it was at an early age that I became aware that I preferred the company of animals to people.

It really is a rewarding career and I take great pride in helping people create their perfect canine companion, be it a competitive tracking dog, an outdoor enthusiasts ultimate adventure dog or a calm and social cuddle buddy.

But where I have the most joy is teaching my own dogs fun stuff that I don’t teach other people.

These are my personal games that I play with my dogs that serve a couple of purposes besides making me giggle and gush with adoration.

One is to give them a sense of purpose, the second is to give them confidence and self control and finally these games are used to diffuse tension in situations that can sometimes cause conflict, such as competing for mom’s attention when she walks through the front door.

Since my dogs have free run of the house while I am away, they are allowed to come to the front door to greet me when I get home, and sometimes this can turn into a bit of pushing and shoving match between my two boys as they vie for my attention.

Because of this, I created a fun game for them to look forward to instead of scrambling to shove the other out of the way when I get home.

This little game is called Go Get Me A Present and really is nothing more than a fetch and find-it game but it’s a fun game once your dogs get the hang of it.

I started by purchasing my dogs two new toys, they both love stuffed squeaky toys so that was my personal preference.

Initially, I gave my dogs their new toys but once they have finished playing with them I took them away.

I then placed them out of sight and out of scent, either outside my front door or in my truck. I hid them because I wanted to start the game by placing value on the toy – an out of sight, out of mind sort of thing.

Then, when I walked in the door I presented the dogs with these toys, with the command, “Get me a present.”

They took them with glee and pranced around showing them off to one another and then to me. I made sure the dogs were sitting and focused before I gave them their toys because I didn’t want to give my dogs their toys while they were rowdy, as that just rewards the rowdy behaviour. Instead I waited for calmness then gave them their toys.

Once they were done with the toy, I then took them and hid them again

I continued to do this sequence with my dogs every day for about a week, then, I stepped it up a notch.

During the next stage of this game, when I walked through the door I would show my dogs the toys, then issue a command: “Get me a present,” then tossed the toys in opposite directions of each other. I did this to prevent my dogs racing after the same toy and thus creating more conflict. Remember it’s all about diffusing rowdiness and creating peacefulness.

After another week of this, I then begin leaving the toys around the house again. But when I got home, I’d say “Get me a present” and they would calmly search the house to find their toys and present them to me.

In this case that dog would do best being taught a calming game such as go to your bed or sit for a treat.  Although with the guidance of a qualified trainer, one could introduce this game as a way to diffuse the inappropriate behaviour.

Like all training, time and patience is required to get the best results but with due diligence you too can be greeted with the adoring enthusiasm of your dog offering you the gift of their favourite toy.

Joan Klucha has been working with dogs for more than 15 years in obedience, tracking as well as behavioural rehabilitation. She can be reached by email at k9kinship@gmail.com.