A Vancouver coffee shop with an ambitious Japanese-inspired plant-based menu will soon be closing down the kitchen and "shifting gears" with their offerings.
Feb 12, 2021 12:50 PM By: Lindsay William-Ross 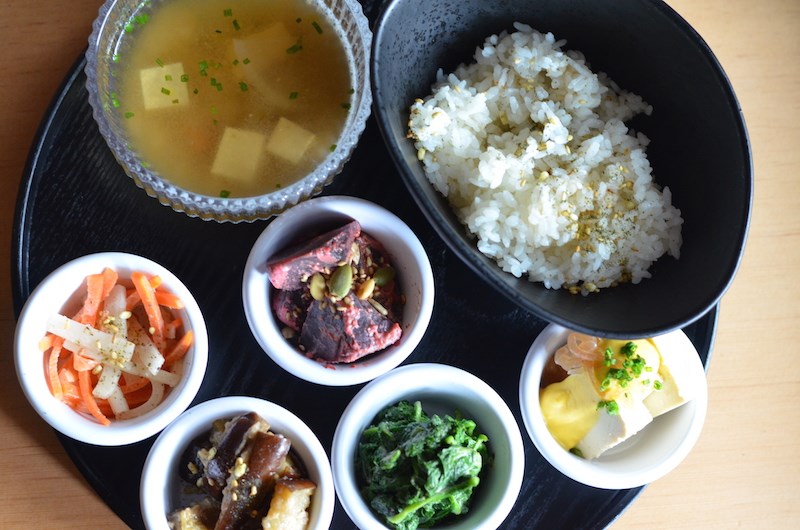 The Harken Breakfast is among the food offerings at Harken Coffee in Vancouver. The modern plant-based Japanese-inspired cafe says it is ending the restaurant portion of its business Feb. 21. Photo courtesy Harken Coffee

A Vancouver coffee shop with an ambitious Japanese-inspired plant-based menu will soon be closing down the kitchen and "shifting gears" with their offerings.

Harken Coffee, located on Powell Street in Vancouver's historic Japantown area, launched in the summer amidst the coronavirus (COVID-19) pandemic, and on the heels of restrictions on dine-in service in the province lifting in late May.

“At Harken, our concept was to take the ideas and structures that already exist in coffee shops but to bring an element of refined elegance, thoughtful design and engaging experience that is often absent in most North American coffee shops," explained owner Eldric Stuart at launch time.

To that end, Harken functioned as not only an elegant, focused third-wave coffee shop but also as a boutique vegan restaurant, in a modern, minimalist setting.

"This is one of the hardest posts we've had to make," begins Harken on Instagram, announcing the impending changes to the business.

The cafe goes on to explain that they will soon be bringing the restaurant portion of Harken to an end.

"Ultimately, we have made the hard decision to close the kitchen down fully until further notice."

The last day Harken will have its food menu available will be Feb. 21.

"We opened in the midst of the pandemic, which is a hard time for anyone, let alone a brand new business that doesn't have much of a following," explains Harken in its announcement. "But at the time, it was summer, and there weren't that many cases each day and places were allowed to be open, so we thought we would give it a go so long as we could provide service in a safe space without jeopardizing the health of our staff and customers."

The business tried to make use of platforms like DoorDash and UberEats, however, Harken "never really saw much traction on those apps and they don't really make it profitable for companies anyways with their high commissions."

The food menu at Harken, which is available Friday and Saturdays only, is entirely plant-based and showcases Japanese dishes and ingredients, and includes things like a TLT (tempeh, lettuce, and tomato) sandwich with sesame mayo and Japanese ketchup, seasonal miso soup, and Japanese porridge and curries. Harken also serves a breakfast combo that's a modern take on a traditional Buddhist morning meal.

"We will be shifting gears and implementing some new things with our coffee program and will continue serving baked goods," says the business for what customers can expect after the restaurant side of Harken wraps up later this month.