August is a sublime time to plant spinach

I love to eat spinach, but I have had zero success growing it. This is the year that I’ve decided to conquer this – so far no luck. This summer is hot and dry, which does not provide great spinach growing conditions.
Aug 1, 2017 4:32 PM By: Emily Jubenvill 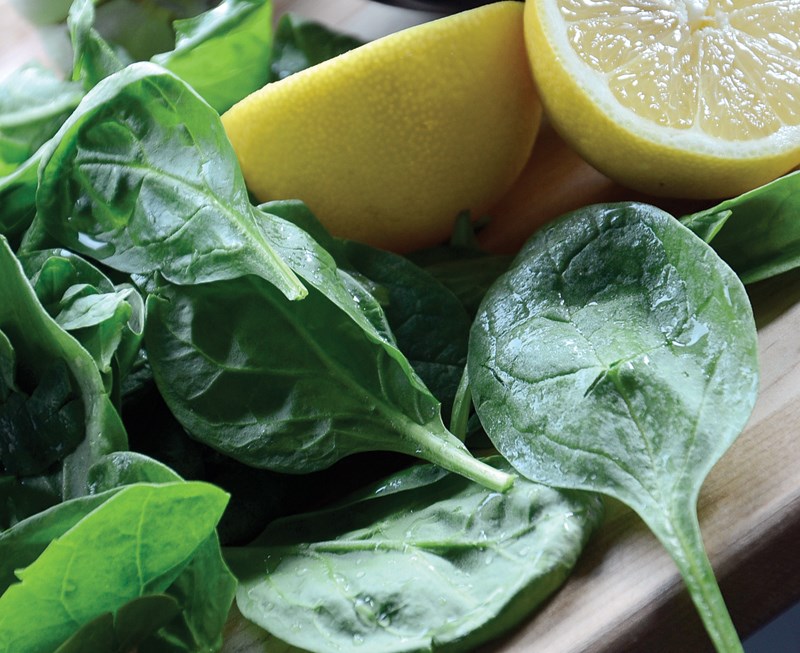 I love to eat spinach, but I have had zero success growing it.

This is the year that I’ve decided to conquer this – so far no luck. This summer is hot and dry, which does not provide great spinach growing conditions.

However, the first couple of weeks of August are generally seen as the best time to plant a good sized patch for fall and spring harvests.

Here are some tricks and tips I’m going to use to try to get a good patch of spinach thriving. Try them out if you have also struggled to grow spinach.

It is likely that your garden is not getting an entire day of full sun because shade is cast from buildings or trees in your neighbourhood.

This gives you a leg up on me because my field doesn’t offer much shade.

So find a spot in your garden that gets some sun and some shade during the day. This will help keep the soil cool(er) and moist, which is vital for spinach seed germination.

I’m going to get a roll of shade cloth to create some cooler conditions for my spinach bed. Covering the seed bed with wet burlap sacks will also help germination.

I have been growing the variety Abundant Bloomsdale, which has lovely large savoyed leaves. It is pretty and delicious, but has bolted in about two seconds for me this year.

I’m patiently awaiting the arrival of the variety called Space that I ordered from West Coast Seeds because it was recommended to me from a farmer friend. It has a smaller slightly savoyed leaf, and is great for harvesting at a baby size.

The final trick I’ll be using: double seeding. This was also recommended to me from that awesome spinach growing farmer friend.

We both use the Earth Way walk behind seeder, which usually only requires one pass down the row to drop a seed every inch or so.

For this summer spinach sowing I’ll be going down each row twice because the hot weather decreases spinach germination.

With extra seeds in the ground the chances of getting a full bed of spinach germinated increase.

You can do the same if you seed by hand – at least double your planting density by dropping two or more seeds where you would usually only drop one.

Beyond being obsessed with finally growing spinach, I’ve also been spending a lot of time squishing bugs. In particular Cabbage Moth and Colorado Potato Beetle.

The larvae of the cabbage moth aim their voracious appetites at brassicas (kale, cabbage, broccoli, etc.), while the Colorado Potato Beetle is focused on the nightshades (potatoes, tomatoes, peppers, etc).

In my opinion preventing damage and infestation by using a very lightweight row cover is the best organic option.

We’ve been having some crazy windstorms this summer in the North Okanagan, and it has been very challenging to keep row cover down.

Despite my best efforts to use row cover, the Cabbage Moth has still hit my kale and broccoli hard and on some plants over 75 per cent of the leaves had more holes than leaf.

Luckily in the midst of the worst population boom of Cabbage Moth larvae my 13-year-old little brother was visiting for the week.

We went out and squished hundreds of those little green caterpillars off the broccoli, but neither of us could stomach doing the same in the kale patch.

So we took a different approach for the kale and gave the plants a nutrient boost to help them re-bound quickly from the damage.

I know from our soil tests that we’re deficient in most micro-nutrients (Boron, Copper, Iron, etc.) and Azomite is a great option to help re-introduce these to your soil.

With a backpack sprayer I gave the kale a light spraying, and it has definitely helped them bounce back from the damage with vigor.

The Colorado Potato Beetle can be extremely damaging as well, but luckily I caught it very early.

A few stray potatoes left in the ground last fall sprouted this spring, and in June I happened to notice a juicy red larvae munching away on the leaves.

I had never seen this before, but my heart sank as I feared it was the Colorado Potato Beetle.

A quick check on Google confirmed it. On with the garden gloves, and I was out there squishing every one I could find, along with the adult beetles and the bright yellow eggs.

Then to be extra sure, I pulled up all those plants and put them in buckets full of water overnight.

Sure enough there were a lot of larvae I had missed squishing, but had killed with the water dunk.

I continued to do this over the next several weeks as more potatoes sprouted.

The trick with controlling the Colorado Beetle is to act early. Get as many of them in the first generation as possible, and you will not have an exponential population boom that brings destruction to all your nightshades.

I hope you’re enjoying the summer harvests from your gardens!