This is the third time that Camden Hussey has raised funds for local search and rescue
Feb 18, 2021 12:35 PM By: Ben Bengtson 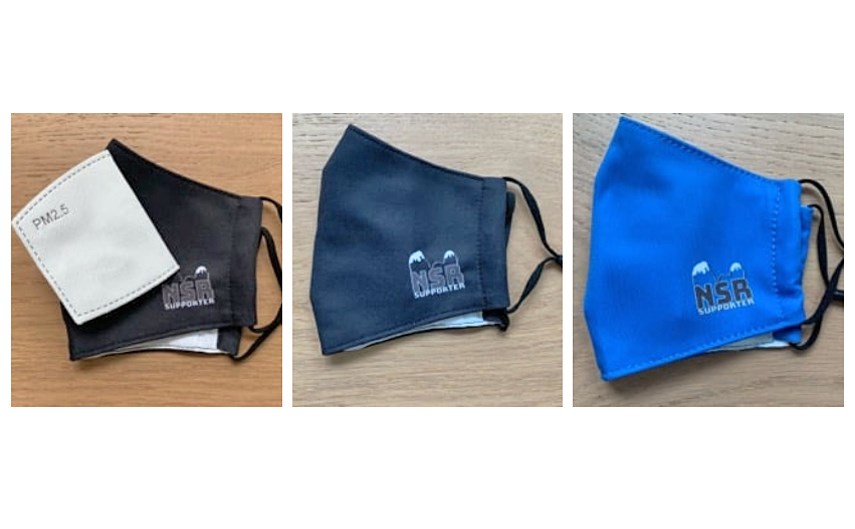 In keeping with the times we find ourselves in, 17-year-old Camden Hussey is selling face masks in order to raise money for North Shore Rescue.

Hussey has recently started selling a pair of two-layer personal protective equipment masks for $15. The masks, which come in black and blue colours and are emblazoned with a mountainous logo that reads “NSR Supporter,” also include a disposable filter and adjustable ear loops.

“I just figured it was a great time for it – everyone always needs more masks. You can never really have enough and it’s a great way to raise money for North Shore Rescue because of that,” said Hussey.

The St. Thomas Aquinas student says he hopes to raise $4,000 for the volunteer rescue team by selling his face masks.

This isn’t the first time Hussey has stepped up to support North Shore Rescue, either.

When he was in Grade 10, he raised around $2,300 by selling North Shore Rescue socks and less than a year after that, Hussey sold “NSR Supporter” toques with the help of six local breweries.

“It’s just one accessory after another,” joked Hussey.

A recent Facebook post on North Shore Rescue’s page thanked Camden and everyone who supports his endeavour for their awesome effort.

It’s an effort that Hussey has undertaken for the past three years, in large part due to a personal connection.

When he was just 10 years old, one of Hussey’s family members got lost in the North Shore woods and was saved by the volunteer rescue crew.

“It’s important for more and more people to know when to call and know who to call. It’s a great way to spread awareness for North Shore Rescue,” he said. “I just felt like I needed to give back.”

It’s been an extremely busy year for search and rescue crews across B.C. In January, North Shore Rescue had their busiest month ever in terms of rescue callouts.

If you’re interested in purchasing a pair of Hussey’s face masks, he can be reached by email to set up payment and pickup.

Hikers rescued after getting stuck on icy cliff in closed off area on Grouse Mountain
Feb 16, 2021 8:24 AM
Comments