The boy was frightened. In reality there was nothing to be alarmed about, but like all kids gripped by the prongs of fear it can be the fear of the unknown that’s often the most distressing.
Jul 8, 2018 10:40 AM By: Ben Bengtson 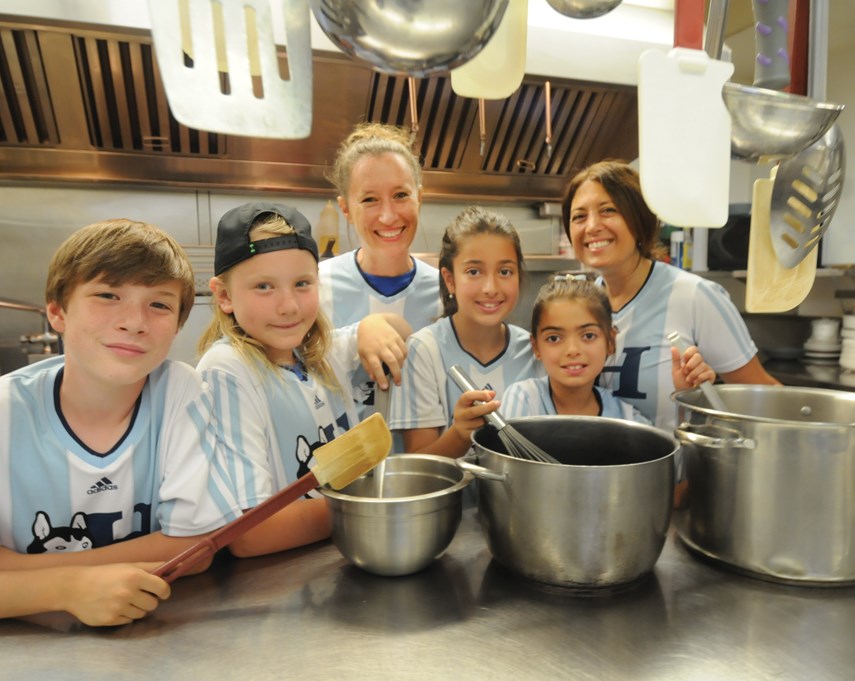 The boy was frightened.

In reality there was nothing to be alarmed about, but like all kids gripped by the prongs of fear it can be the fear of the unknown that’s often the most distressing.

The boy, along with some of his Hollyburn Elementary classmates, were en route to Lookout Housing and Health Society’s North Shore Housing Centre to help dish out some delicious and nutritious meals to those in the community who were going through some challenging times.

Before arriving at the shelter, the boy had his trepidations. He’d never really witnessed people down on their luck, perhaps living without a home, in need of shelter, temporary housing, or other essential social services.

“I had this little boy that was in my car from school, we were driving to the shelter, and I’ll never forget this drive because he was legitimately scared because of the misconception and stigma around the homeless,” explains Hollyburn parent Monica Scoles. “When we were driving back, because he was in my car going back as well, he was just ear-to-ear grin on his face and he felt so good about himself. … And he goes: ‘I can’t wait to tell my mom there’s nothing to be afraid of!’”

It was a simple lesson, but an important reminder, Scoles says, that being engaged in the community can be essential for growing minds.

Back in December 2014 Scoles and another Hollyburn parent, Shelley Foster, had an idea.

They went around their community collecting clothing and other goods to donate to Lookout Housing, and provided lunch for Lookout guests and residents through Presto Catering, which Scoles co-owns.

“It was sort of started as a one-off, and that was in December, to give back to the community, which was the shelter,” she says. “We really saw what that meant to the residents and the guests.”

Shortly thereafter, Scoles and Foster made plans to expand that original idea. As part of Hollyburn’s Me to We program, the pair started an initiative where every year from January to June they’d take small groups of students to the shelter who would help in prepping and serving up a buffet-style lunch to guests with food donated by Presto.

“We offered to take students from that program to the shelter as a form of giving back to the community because that’s what Me to We is all about,” Scoles says.

Every month Scoles and Foster bring along a handful of different Hollyburn students who are given the opportunity to do something good, as well as learn some key culinary chops as they handle and dish out fare in a food-safe manner.

Scoles, Foster and Hollyburn students just wrapped up the third year in a row of the initiative taking place.

“After we’re done serving everybody, the kids are taken on a tour of the facility and that’s when they’re educated a little bit more as to the shelter, what it’s all about, how people get there and why. There’s a bit of education going on there as well,” Scoles says.

She adds that when the group shows up every month it’s typical for them to serve anywhere from 30 to 70 residents and guests.

Amongst cutlery, chafing dishes, napkins and steaming plates of food, youth and Lookout guests are given the opportunity to connect.

“(Kids) bring life and joy and happiness. So when you have a room with kids in it, it changes the atmosphere,” Scoles says.

“The way to someone’s heart is through their stomach.”

Foster, who besides being a Hollyburn parent also works as a counsellor, said she’s keen for the program to continue next year and beyond, adding that the consistent nature of the program is what’s made it a success.

“The residents knew to expect us – they’re the ones upstairs who can stay a bit longer – knew that we were coming, they really look forward to it. The staff got to know us. And so I think that it not being a one-off made a big difference,” Foster says. “We’re all a part of this community together.”

Time Traveller: Here's how the Jolly Jumper was invented in North Vancouver
Apr 18, 2021 9:05 AM
Comments