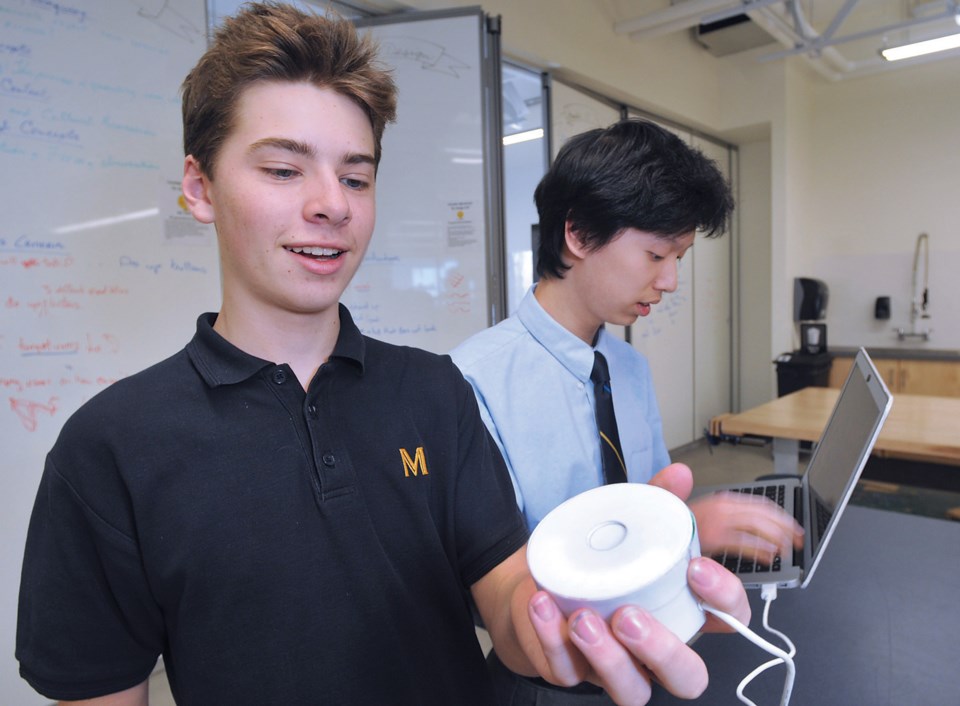 For a while there, Joaquin Revello was known as “the stopwatch guy.”

His peers might have questioned his methods at first – he describes his look back then as akin to a sports coach, decked out wearing a stopwatch, timer, and diligently grasping a pad and paper – but he persisted.

“I got into the entire personal self-development industry a few years ago now,” says Revello, a Grade 10 student at Mulgrave School. “There was a study that said that you spend only three hours doing actual focused work in an eight-hour workday.”

For those alarmed or in disbelief at such worktime wastage, think about how all those trips to the water cooler or endless scans through Twitter can add up throughout the day. For students, who are inundated with classwork, homework, extracurricular activities and the burning desire to just drop everything and hang out with their friends, it could be even harder to stay on task.

“I bought myself a stopwatch. Every single moment, minute of the day I was doing focused work I left it on – and at the end of the first day I did that I only got less than an hour,” says Revello. “That really surprised me and I just wanted to keep on increasing that amount, so I kept on bringing the stopwatch and tracking the amount of time I spent doing this.”

Through this simple method which challenged him to continually get better, Revello says he saw improvement concerning the amount of focused, active work he was able to accomplish.

“It really did help me because it pushed me to keep on increasing that, as I could see results and I would compare it with my other friends as well,” he says. “Everyone knew me as ‘the stopwatch guy’ for a few weeks, and it just kept going.”

Revello’s friend, Grade 11 student Peter Zhang, convinced him to take this idea and turn it into an actual product – and on top of that Revello was able to take the idea and use it as his Personal Project for a course where students in Grade 9 are encouraged to do a project on something they’re passionate about.

Revello and Zhang decided to create their own company, AceTivity Labs, along with fellow Mulgrave students Sasha Ivanov Bleck, Theo Barreira, Nate Zhou, Amin Gulamani and David Lu. Described as “just a group of high school students determined to help the world become a more productive place,” the group ran with Revello’s initial concept to create what they call the GetProductive Alpha.

The main component of the small, white circular-shaped device the group created is the Pomodoro timer, a well-known time management technique where one sets an amount of time, say 25 minutes, and then engages in completely focused work throughout that timeframe. At the end of the session, one takes a five-minute break and repeats the process.

“It fits in well with the work environment,” says Revello, touting the product’s simplicity – the user simply spins a wheel on the device in order to set an amount of time, clicks a button to start the timer and stopwatch, and a series of LED lights indicate how much time is left.

The GetProductive Alpha is also a viable way for one to track their productivity without the constant interference from one’s nearby smartphone.

“The problem with that was having the phone within easy access to your workspace is really, really, really distracting,” says Revello. “You lose all of your momentum and all your flow.”

Perhaps most impressively, after the group conceived of the product, coded it and finally finished it, they were able to raise more than $10,000 through a Kickstarter campaign to actually start producing and distributing it.

“We’re going to start shipping it in June,” says Revello. “We’ve seen the amount of distractions that are present in our day-to-day lives, and how many are affected by that, and we want to help.”