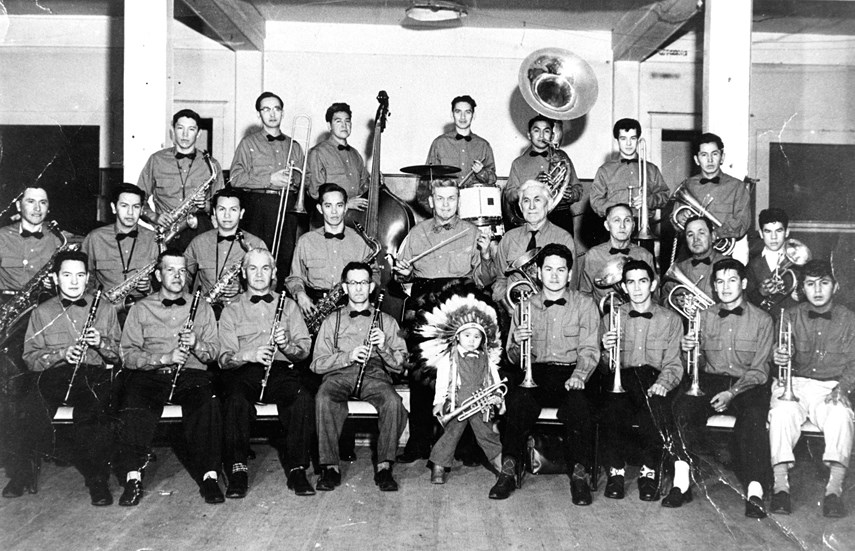 This photo shows the Squamish Indian Band Orchestra around 1958 in the auditorium on the Mission Reserve.

The Squamish Indian brass band was first organized in November 1886 under the leadership of Henry Edwards from St. Mary's Mission. Instruments were ordered from Eastern Canada and these apparently arrived in early January 1887. Starting in 1925, there was a modern dance band part of the Squamish Indian Band Orchestra.

The band played at many community events around the region, like the international Indian war canoe races held at Penns Cove on Whidby Island, Washington in 1933 and in aid of The Sun Santa Claus Fund at the Beacon Theatre in 1930. They also performed at concerts to raise funds for St. Paul’s Catholic Church altar fund.

Visit MONOVA's website for more information about the history of the North Shore and to learn about MONOVA: Museum of North Vancouver, opening in 2021.

Currently, the Archives of North Vancouver at 3203 Institute Rd. in Lynn Valley is open by appointment only. Contact: archives@monova.ca