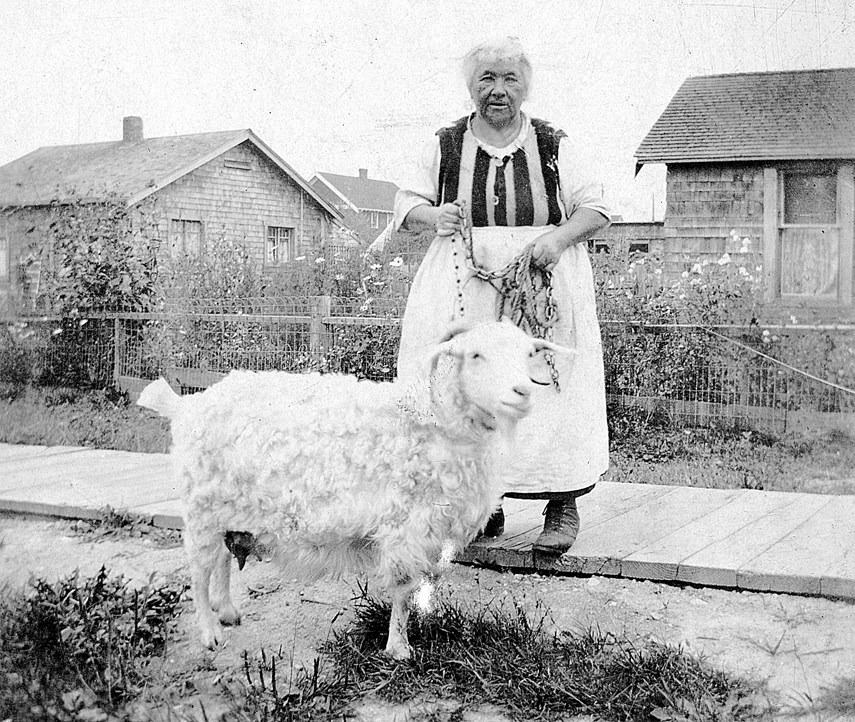 Did you know that about 100 years ago goats overran North Vancouver?

Well, overran may be a bit of an exaggeration, but by 1923 there were some 400 goats in the North Shore.

With the combined population of the City and District of North Vancouver at 13,200, that works out to one goat to every 33 people.

People valued goats for the nutritious milk they produced; one goat could provide enough milk per day for an entire family.

In the 1920s you often saw someone walking one or more family goats around the neighbourhood, much like we walk our dogs today.

This photo from the late 1920s shows North Vancouver resident Sarah Ramage walking her goat “Nellie” in the 100 block of West 14th Street.

The Time Traveller feature offers a weekly glimpse into the North Shore's past, courtesy of North Vancouver Museum and Archives.

Want to know more about the history of the North Shore? Visit nvma.ca or drop into the Archives of North Vancouver at 3203 Institute Rd. in Lynn Valley.