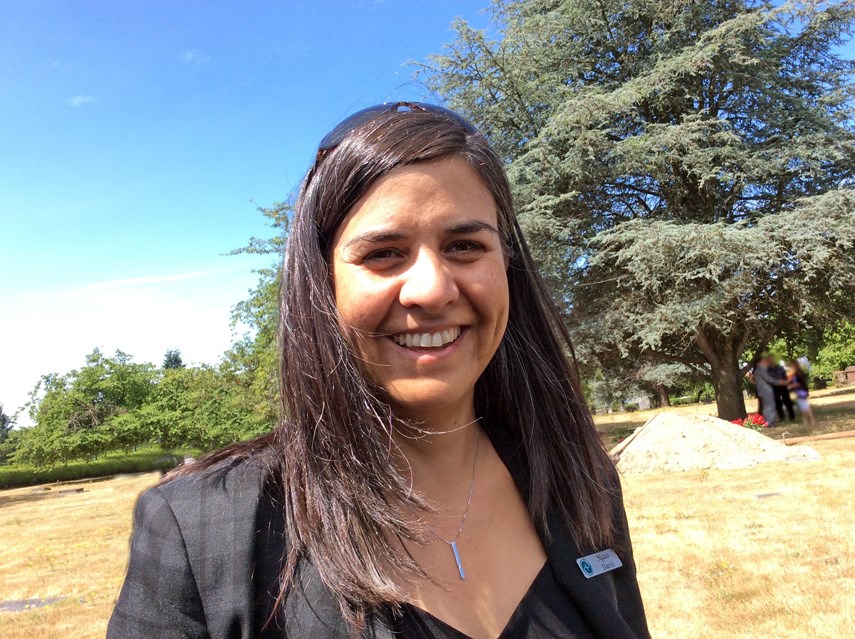 Funeral director Ngaio Davis is giving an online presentation on community deathcare, part of a North Vancouver District Public Library speaker series, on Jan. 26.Koru Cremation, Burial and Ceremony
While the great beyond remains a mystery to many, relinquishing the care of a deceased loved one to professionals has often meant the bereaved here on Earth are left in the dark as well.

That’s the basis for an upcoming talk with funeral director Ngaio Davis, who’s set to deliver a presentation on the topic of community death care as part of North Vancouver District Public Library’s current speaker series on death and mortality.

“Community death care is what we used to do before we started to outsource and hire professionals to do the work for us,” notes Davis, who worked in the corporate funeral industry for 20 years before starting Koru Cremation, Burial and Ceremony.

Back in the days before Big Funeral, it was common for end-of-life and after-death care to occur at home, surrounded by loved ones and neighbours, according to Davis, who adds that death was seen as a natural part of life and that these days our dead are often whisked away, never to be seen and cared for by their families again.

“What happens in between has become a mystery,” says Davis.

People should have the option to take a greater role in after-death care when a loved one or community member dies, argues Davis, who says taking small steps to involve more people, such as close family, in the death-care process may ultimately be a healthier and more holistic way for people to grieve.

While community death care is a growing movement, it’s focus currently is more on getting people to think and talk about death and dying as a natural way of things, as opposed to any specific actions.

That said, community death care in practice could include everything from informing people that a loved one who dies at home doesn’t have to be whisked away immediately, encouraging the bereaved to participate in preparing the body with something as simple as a sponge bath, or getting a burial casket delivered to the home so that family members can decorate it themselves.

“In actual practice, most people are not wanting to do the whole gamut of things,” admits Davis, but adds: “People are opening up more now.”

That’s been especially true during the pandemic, says Davis, with more and more people thinking about case counts and those who’ve been lost to COVID-19 – and ultimately forcing all of us to contend with our own mortality.

“People are starting to think about how that can affect them personally.”

Ultimately, community death care is about giving people more agency in their death care wishes in general, says Davis. It’s a practice, she says, that’s been influenced by both her Maori heritage as well as the memory of her great-grandmother, who Davis learned was a major figure and leader in community death care in her rural Manitoba town.

“She would go around when neighbours had died and go and lay out the bed to get the body ready,” says Davis. “As much in an ideal world we wouldn’t have funeral directors, I think the reality is we are here to stay, but our role needs to change.”

Mere Mortals: Community Deathcare with Ngaio Davis is taking place online on Jan. 26 from 7 to 8:30 p.m. via Zoom.