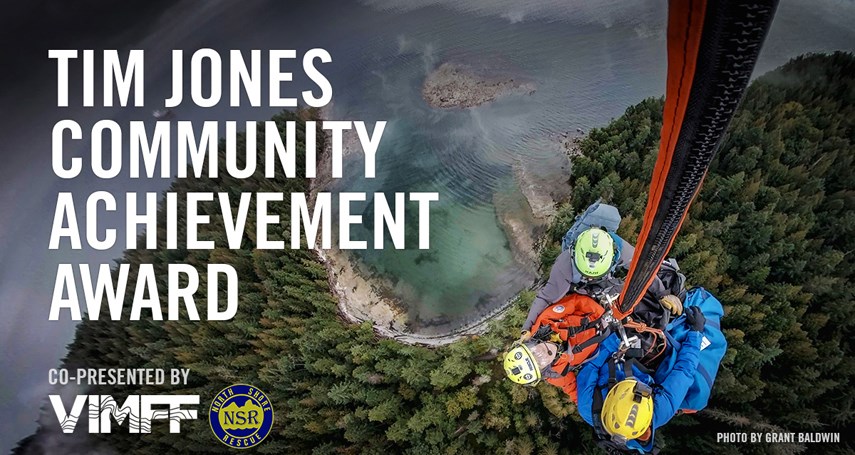 Nominations are now open for the award named in honour of Tim Jones, the late leader of North Shore RescueGrant Baldwin

They’re looking for someone who can live up to the good name of Tim Jones.

Nominations are now open for the Tim Jones Community Achievement Award. The award is given out annually to a community volunteer who has made an outstanding contribution to the outdoor or sports community. It’s named for the late North Shore Rescue team leader and awarded as part of the Vancouver International Mountain Film Festival.

After the nominations are in, a jury consisting of Jones’ widow Lindsay, longtime North Shore Rescue colleague Peter Haigh and former District of North Vancouver mayor Richard Walton will choose a winner.

They are actively seeking “unsung heroes” who otherwise have not seen their accomplishments recognized publicly.

Past winners include Shaun Hollingsworth, president of the Seymour Salmonid Society, Todd "Digger" Fiander, who created some of the first mountain bike trails on the North Shore, and Enzo Federico, founder of the Knee Knacker.

Anyone wishing to nominate a local volunteer should prepare a letter of 500 to 700 words to explain their nominee’s impact on the community, supported by pictures, video links and other relevant materials.

Nominations are open until Jan 29 and must be submitted through VIMFF's website here. The winner will be announced during the Vancouver International Mountain Film Festival, presented online this year from Feb. 19 to Feb. 28.