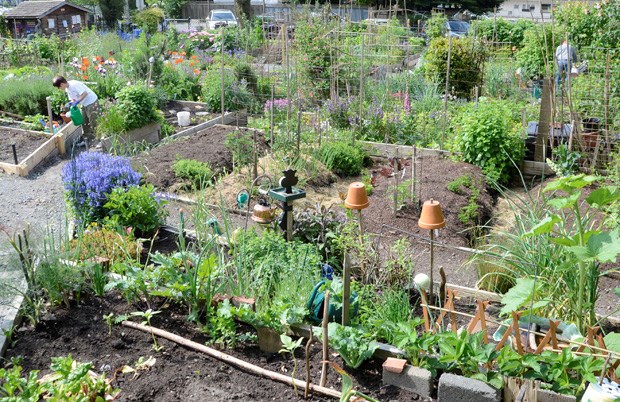 A grant program that provides small amounts of money for people to help bring their communities together has had to contend with what happens when people in the community are forced to stay apart.

For more than 20 years, the Neighbourhood Small Grants program, originally founded by Vancouver Foundation, has provided successful applicants with sums as low as $50 and up to $500 in order to help bring their community-enhancing ideas to life.

Ideas could be as simple as hosting a block party, a community board games night, or helping to create a local community garden or greenspace, according to Denise Howell, spokeswoman for West Vancouver Foundation, which administers the Neighbourhood Small Grants program for residents of the District of West Vancouver and Village of Lions Bay.

But everything changed this year, she says, when the ongoing COVID-19 crisis effectively rewrote what acceptable interaction in a community entails following physical distancing measures implemented by the provincial government.

“The original format was things like block parties and stuff like that. The biggest thing now is there can be no physical contact, no physical gatherings,” said Howell. “The format has changed a lot.”

While the deadline to apply for the Neighbourhood Small Grants program on the North Shore this year was originally slated for earlier this month, it has since been extended to July 1. (In North Vancouver, the program is administered by North Shore Neighbourhood House.)

They’re calling it the Responsive Neighbourhood Small Grants program, according to Howell, with the idea being that grant applications can only be for projects that abide by strict physical distancing rules and strive to reduce social isolation.

“The program was initially formed to combat social isolation to begin with, and so now this need is just increased by an unbelievable amount so it’s more important than ever to have it,” said Howell. “We knew it was important to do something. Even as a foundation we’re getting calls from people saying, ‘I want to help. What can I do?’”

Examples of some of the grant applications that have so far come in have included requests for funding for card-writing drives to send supportive messages to seniors who are isolated in long-term care homes, and a trainer requesting funding to host twice-weekly online fitness classes, said Howell.

“They’re all going virtual,” said Howell, adding that one of the stipulations of receiving a grant is that the end result must be an activity that’s free for people in the community to participate in.

“We’re not sure what other ideas may come out.”