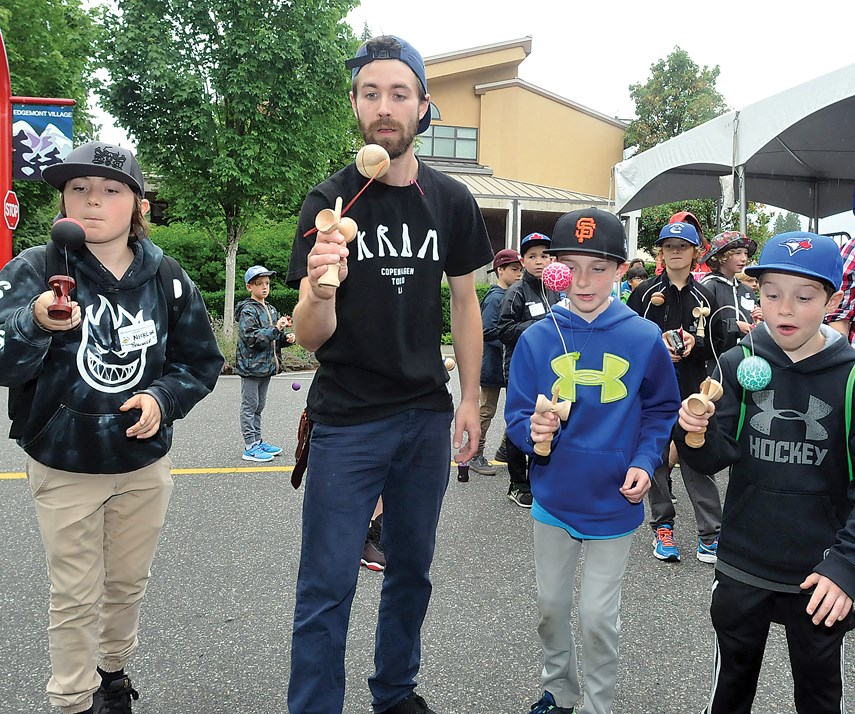 A kendama craze has swept the North Shore.

A couple hundred enthusiasts of the addictive wooden skill toy braved the rainy conditions on a recent Saturday afternoon to show off their kendama moves, during a competition hosted by Edgemont Village toy store B.C. Playthings.

The world freestyle champion, Thorkild May of Denmark, and Canadian kendama pro Alex Smith, creator of a popular toy called “the pill,” were on hand at the June 11 Edgemont event to delight the crowd with their tricks and serve as judges.

While trendy in today’s schoolyards, the origin of kendama actually dates back to 18th century Japan, where the game became extremely popular and remains so to this day.

Made from natural wood, the kendama resembles the traditional cup-in-a-ball game and employs the use of hand-eye co-ordination, balance and reflex. Kendama components include the “Ken” (a hammer-shaped handle) - outfitted with three cups and a spike - and the “Tama” (ball), which is connected by a string.

Pick up a kendama and the trick possibilities are endless. Basic play involves pulling the ball upward to try and catch it in one of the cups or on the spike. Modern kendama style shows influence from a diverse range of activities – juggling, diablo, yo-yo and dance.

Kendama competitions take place worldwide every year, in what has been described as a riveting display for audiences.