Picture Vancouver. Not as a map or an aerial photograph but as a panoramic self-portrait composed of the squiggles, stories, brushstrokes and strokes of luck that brought so many folks to the city.
May 7, 2017 8:58 AM By: Jeremy Shepherd 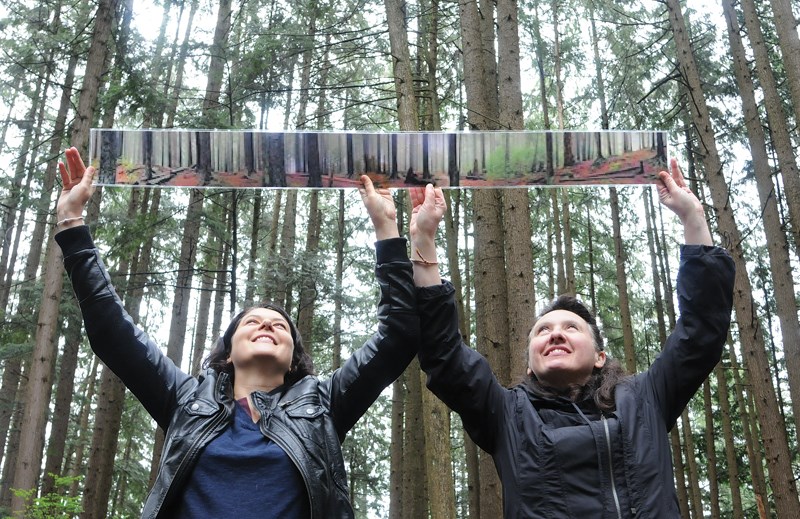 Not as a map or an aerial photograph but as a panoramic self-portrait composed of the squiggles, stories, brushstrokes and strokes of luck that brought so many folks to the city.

That’s what artists and North Vancouver residents Sandrine Pelissier and Sophie Babeanu are embarking on with The Big Picture, a mosaic that will require thousands of artists and memories.

She and Babeanu wanted to undertake a project that would make art “accessible to everybody,” she recalls.

“We can make something bigger, something more ambitious,” Pelissier says.

Ambitious is a good word for a project that invites artists and secret doodlers from around the world to create a piece expected to be more than six feet in height and 72-feet wide.

Once complete, the work may become an artistic version of Google Maps, allowing art appreciators to zoom in on drawings and their stories.

After three weeks of submissions, Pelissier says they’re on the second column with a planned 400 remaining. “So, we have a long way to go,” she says with a laugh. “It’s finished when the picture is completed but I have no way of knowing when it will be.”

So far, many of the stories are about immigration, family life and travelling.

Having moved to Vancouver 18 years ago, Pelissier suspects her outsider status gives her a different perspective.

“I think as an immigrant I maybe am more sensitive to stories connecting the places you’ve been living.”

Artists are invited to write – in the language of their choosing -  about how they got here, why they stayed, or why they left.

Artists don’t need to live in Vancouver – only to have some connection to the city.

Pelissier also emphasizes that she’s not interested in finding perfection.

“I can see beauty in every kind of drawing,” she says. “It’s just for people to share a slice of life.”

Artists can learn more at thebigpictureartproject.com.