Activist talks of hate and hope at CapU

She grew up in an unincorporated community in northern Manitoba where her family was fragmented and abuse was rampant. “I was basically born into this ignorance,” says Sophie Merasty.
Mar 4, 2020 11:39 AM By: Jeremy Shepherd 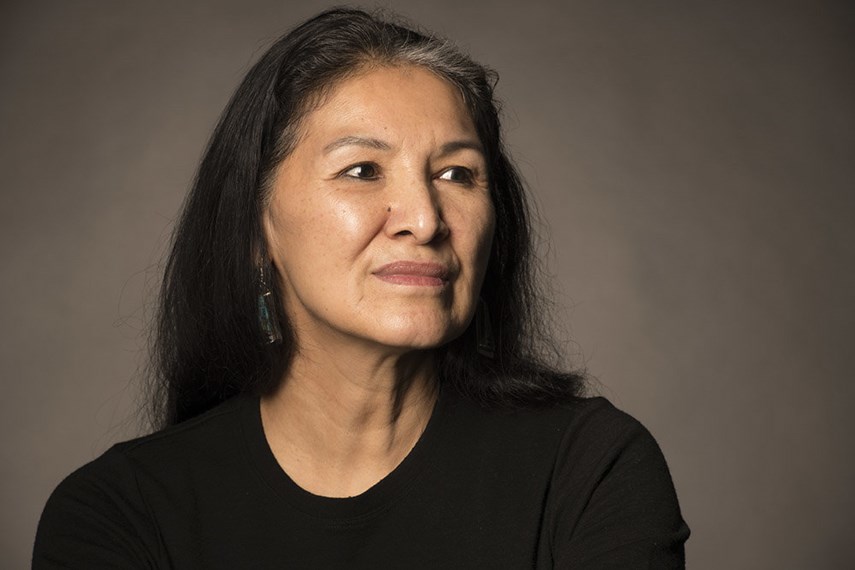 She grew up in an unincorporated community in northern Manitoba where her family was fragmented and abuse was rampant.

“I was basically born into this ignorance,” says Sophie Merasty.

“It all goes back to Sir John A. Macdonald,” she says.

In recognition of International Women’s Day, Merasty is slated to give a talk at Capilano University’s Cedar building on Thursday. The talk is historical but also extremely personal. An actor, artist and activist, Merasty brings her lived experience to her work.

“What I have, what I can give, I try to pass that on,” she says. “I love the work I do as an artist because I get to tell stories.”

Some of those stories deal in tragedy. Merasty’s sister Rose was killed in the Downtown Eastside.

Merasty wrote about her sister’s death in Red Women Rising, a chronicle of 113 Indigenous women, most of whom chose to stay anonymous, discussing survival and Vancouver’s Downtown Eastside.

Rose was invited to a man’s house to drink beer when a man assaulted her.

“According to the [Vancouver Police Department] report: ‘An attempt was made to have sexual intercourse that failed.’ What does that mean? That’s rape. They should say rape,” Merasty writes.

In trying to escape, Rose jumped to the windowsill and ultimately fell to her death.

“My sister’s life was not valued in life or in death,” Merasty writes.

The recollection featured in Red Women Rising marks the first time Merasty had written about her sister.

“I thought it was important that I tell that story,” she says. Part of the reason is because Indigenous women still go missing and are still murdered, she notes.

“We feel there’s a real failing in the legal system when it comes to our Indigenous women and girls.”

That failing is part of the reason Merasty believes it’s so important to tell stories.

Negative portrayals in the media as well as slurs and stereotypes handed down through generations are more than ignorance, they can also be dangerous, she says.

Sometimes a missing Indigenous woman is presumed to be a prostitute. Sometimes it’s presumed that they “deserved what they got,” Merasty says.

“It really dehumanizes us.”

Merasty aspires to undo those stereotypes. She wants to be “igniting, activating and empowering women,” she explains.

Merasty prays a lot, she says. She uses ceremony. And she thinks about her two beautiful granddaughters.

“I want my grandchildren to have a better life,” she says. And the way she can help them have that better life, she adds, is by using her voice.

“Supposedly we were in reconciliation, but that doesn’t seem to be the case,” she says.

For her part, Merasty is committed to talking to one another and sharing stories.

“No matter where I am asked to speak, I will,” she says. “How else can we bridge misunderstanding and miscommunication and bridge stereotypes except by listening, and listening with our hearts?”