Keeper of the Cove 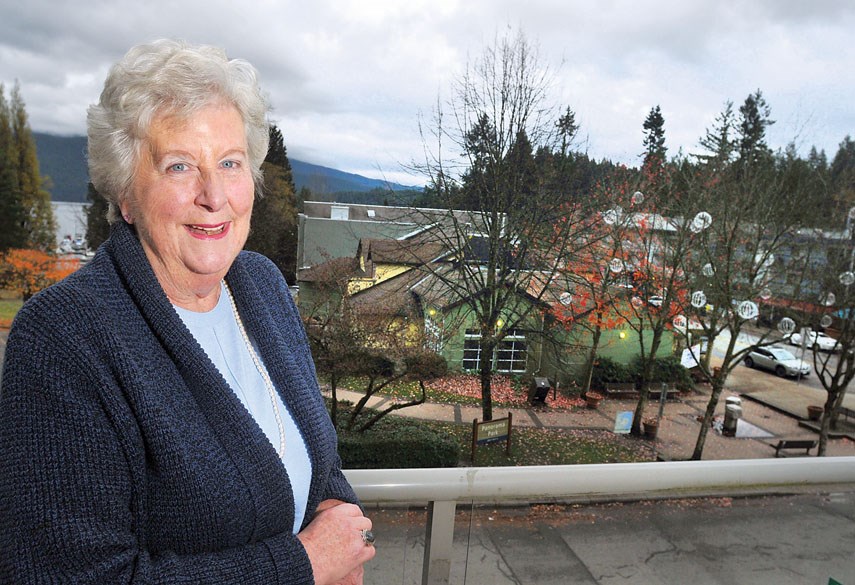 Our seniors' columnist, Shelley Harrison Rae, sat down with former Crier travel columnist, Janet Pavlik, for a catch-up in the Cove recently.

Janet Pavlik and her husband John have been integral threads of the fabric of the Deep Cove community for almost 50 years.

Originally from England, Janet started Pavlik Travel, specializing in tours, in the basement of the couple’s Cove Cliff Road home – the first travel agency east of Seymour. The business thrived alongside the growing family.

The Pavliks later moved the family to a larger house and the travel business to Panorama Drive.

In her early days in the Cove, Janet was naturally curious about the area’s history but discovered “very little information was available through the North Vancouver Museum and Archives.”

Her interviews, “The Early Days of Deep Cove,” were aired on community TV and she wrote a weekly column for the Citizen newspaper (precursor to the North Shore News) called “Around Deep Cove.”

Those interviews and articles along with Janet’s collection of memorabilia morphed, eventually, into the Deep Cove Heritage Society. Sheer determination on Janet’s part kept the materials local. “The collected local history, like the Deep Cove Crier, became a voice for the people east of Seymour.”

DCHS actively preserves the past for the future. The organization acquires, preserves and displays the collective memories of the community’s history.

Janet served as president for many years and is still active within the society. She had this to say about the Crier’s founder:

“Bruce Coney and the Deep Cove Crier were so supportive of the DCHS, providing space for us to advertise events and printing archival photos and stories.”

Pavlik Travel was one of the first businesses to advertise in the Crier. Janet loved to write and did so regularly for the Independent Travel Professionals Association. “Bruce (Coney) encouraged me to write a travel column in the Crier,” which Janet did every month for about 20 years.

More recently Janet played an integral role in the creation and publication of the local history book, “Echoes Across Seymour,” available through the DCHS.

When asked what changes she has seen over the years, Janet said: “Actually, Deep Cove itself remains pretty much the same but the surrounding areas have changed a lot.” She has seen the birth of so many new neighbourhoods.

“Some have been successful due to carful planning, others, not so much,” says Janet. “People complain about crowding and traffic gridlock,” but “we’re no different than anywhere else in that respect.”

Janet suggested that perhaps a resident-only parking policy with a park and shuttle service could be a solution.

When Pavlik Travel relinquished its passport, Janet and John retained the property.

With their retirement in mind, they built a seniors-friendly condo where they are happily ensconced in the heart of the Cove and are not planning to leave anytime soon.