Number of new infections now lowest since last summer while North Van has one of the highest vaccination rates in B.C.
Jun 17, 2021 9:00 AM By: Jane Seyd
Previous Next
1 / 1 A map showing the geographic breakdown of new COVID-19 infections in the Lower Mainland for the week ended June 12.BC CDC
Expand
Previous Next

The number of new COVID cases has plummeted this week on the North Shore.

There were 21 new cases of the virus reported for the North Shore for the week ending June 12, less than half of the number reported the week previously.

That is lowest number of new cases reported on the North Shore since last summer. It’s also a dramatic drop from the high of 327 new cases in one week recorded in mid April.

Of the new cases reported this week, 18 are in North Vancouver and 3 are in West Vancouver.

Case counts have been continuing to drop throughout most of the Lower Mainland, including areas like Surrey, Burnaby, Richmond, Vancouver and the Tri-Cities.

The BC Centre for Disease Control now provides more detailed information about where cases have been occurring, as well as information on vaccination rates. 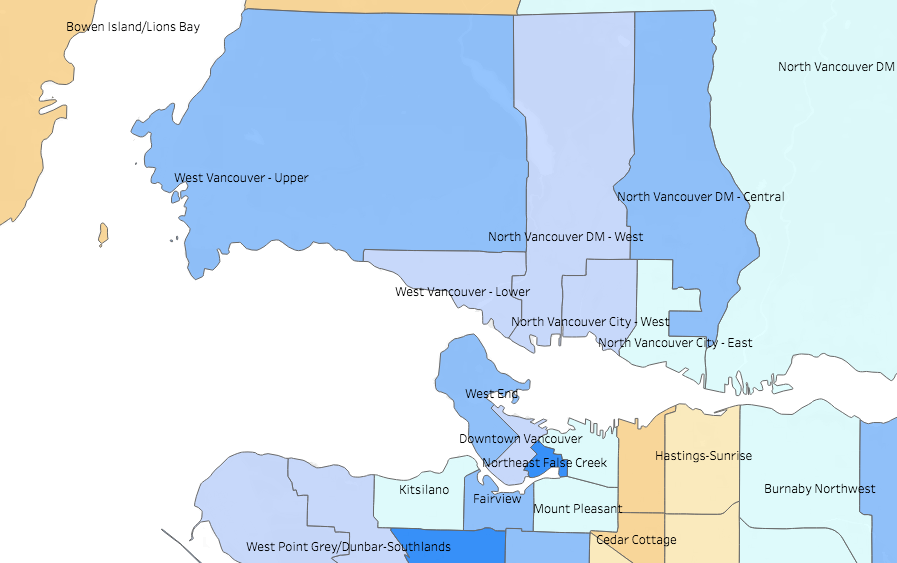 A map showing the geographic breakdown of positivity rates among those tested for COVID-19 infections in the Lower Mainland for the week ended June 12. By BC CDC

North Van has among highest vaccination rates in B.C.

The upper part of West Vancouver, including the British Properties and Caulfeild, has the lowest vaccination rate on the North Shore, but even that is still relatively high at 76 per cent for people 12 and over.