The first COVID patient was admitted to the North Vancouver hospital at the end of January 2020. Monday marked the first day without a COVID-positive patient at Lions Gate.
Jun 10, 2021 2:08 PM By: Jane Seyd 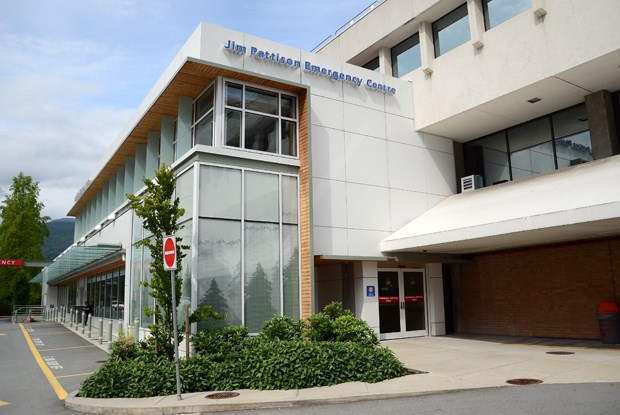 The first COVID patient was admitted to Lions Gate Hospital at the end of January 2020. Monday, June 7, 2021 marked the first day without a COVID-positive patient at the North Vancouver hospital. Mike Wakefield, North Shore News

Lions Gate Hospital, the first hospital in Canada to admit a COVID-19 patient, marked its first day without a single COVID patient this week.

At the end of January 2020, the North Vancouver hospital was the first acute care hospital in Canada to admit a patient for treatment of the virus, before many in Canada were aware of the threat it posed.

On Tuesday, hospital staff marked their first day since then without a single COVID-positive patient.

“We have had 493 days of having COVID positive patients in the hospital. As of yesterday, we have zero,” Sean Parr, interim vice-president of community care for Vancouver Coastal Health, told a crowd of gathered dignitaries at Lions Gate Hospital Wednesday.

The dignitaries were on hand as Lions Gate staff were among those honoured by the British Columbia Veterans Commemorative Association for exception efforts in fighting the global pandemic.

The group is typically exclusively focused on veterans but made an exception in light of the heroic efforts made by people in uniforms of all types – including hospital scrubs - over the course of the COVID-19.

The hospital I work at had the very first case of covid in Canada in January of 2020. Today we have…wait for it… zero covid cases in the hospital. First time since that first case! Very optimistic. Vaccines are working!

The first case of novel coronavirus reported in British Columbia was on Jan. 28, 2020 in a man in his 40s who had returned to the Vancouver area after travelling to Wuhan, China on business and began experiencing symptoms 24 hours later.

Days later, more COVID cases were identified, including two people visiting Vancouver from Wuhan and in a woman in her 50s who is believed to have contracted the virus from them.

In February and through to the beginning of March 2020, four more COVID cases were identified in B.C., including several in people who had recently been in Iran. At the time, the world was only just learning of about cases in that country and the identification of the B.C. cases helped alert world health authorities that the scale of infection in that country had been vastly under-reported.

By March 9 last year, Dr. Bonnie Henry, the province’s medical health officer, confirmed that three people with the virus had been hospitalized in B.C.

By mid-March 2020, however, Lions Gate was one of several key Lower Mainland hospitals where special COVID wards were put in place to care for patients with the virus.

In December, Dr. Kevin McLeod, an internal medicine specialist, who works on the Lions Gate COVID ward, spoke to the North Shore News about that, describing how health officials and doctors worked quickly to set up the COVID ward on the hospital’s second floor.

“They did a heroic kind of transformation very quickly,” he said. “They created negative pressure rooms and isolation rooms. And these were not things that we really had in existence before.” 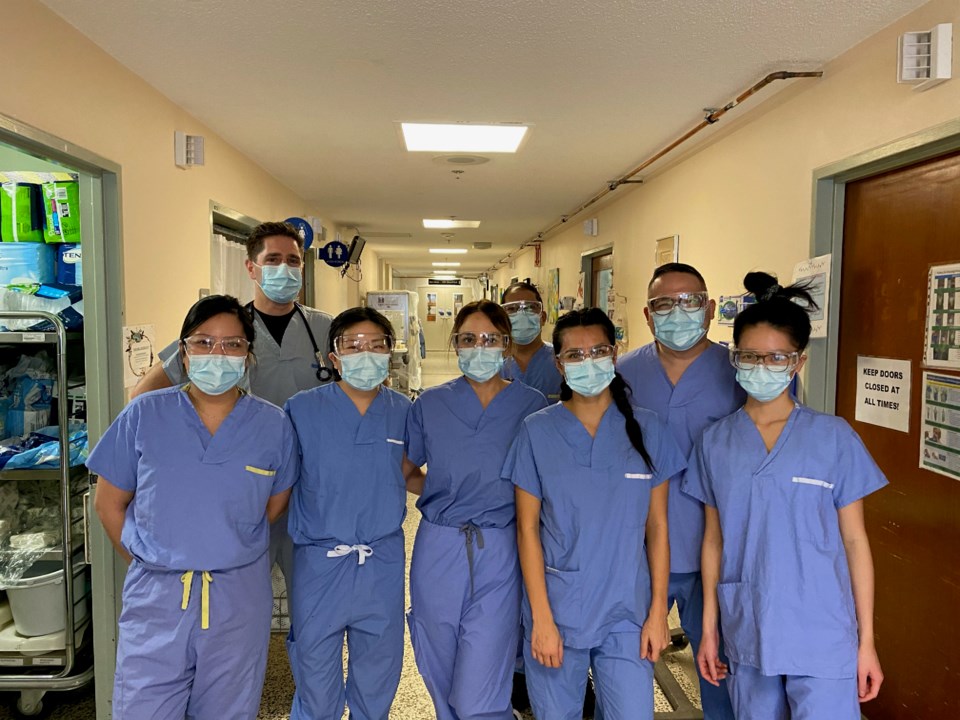 Dr. Kevin McLeod (back left) and nurses at Lions Gate Hospital's COVID-19 ward, pictured in December 2020, are among those who have been on the front lines fighting the virus. photo Kevin McLeod

During the course of the pandemic, treatments changed as doctors around the world learned more about the virus. That included changing protocols about when to put patients on ventilators, McLeod said in the earlier interview, and the use of simple steroid drugs to help dampen patients’ immune response.

Since the beginning of the pandemic, the hospital has also faced three outbreaks on different wards – one in each “wave” of infections - in April and November 2020 and in April/May of 2021. A total of 123 people contracted the virus in those three outbreaks and 28 people died.

Just two months ago, the North Vancouver hospital faced extraordinary pressure in the "third wave" of the pandemic, as the number of hospitalized COVID patients soared to over 40 on the North Shore, which also dramatically increased the number of patients in critical care. Some elective surgeries were also put on hold while staff cared for COVID patients.

By this week, however, with vaccination rates rising and case counts dropping, surgeries at Lions Gate were resumed at full pre-COVID levels.