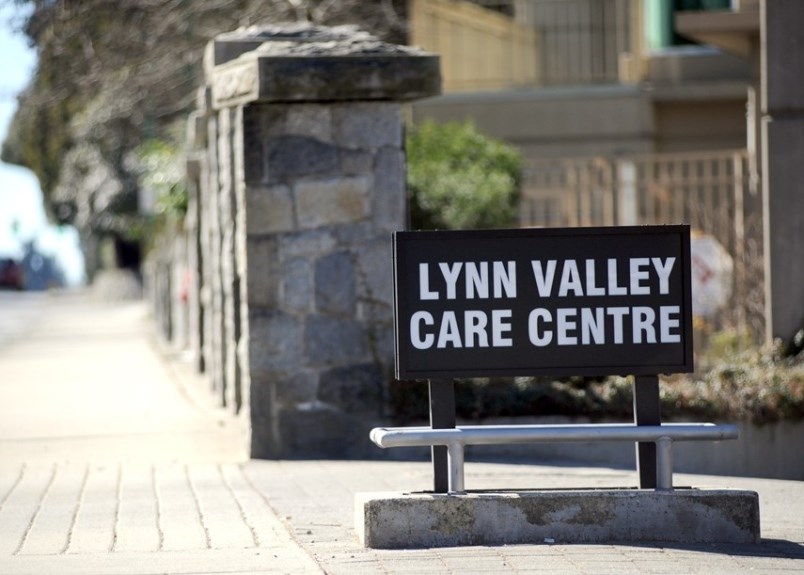 Problems identified in the report on long-term care by Ernst & Young were all apparent in the outbreak at Lynn Valley Care Centre say families. photo Mike Wakefield, North Shore News

A report commissioned by the province to examine how long-term care homes dealt with the first COVID outbreaks has pointed to lack of proper infection control, access to PPE supplies and confusing messages from health authorities as among the problems faced.

But North Vancouver family members whose parents were among the first elderly residents to catch the virus inside Lynn Valley Care Centre say that isn’t telling them much they didn’t already know.

They question, however, why the report wasn’t publicly released before the second wave of the pandemic struck more care homes.

“Maybe there could have been more action and discussion on it rather than just talking amongst themselves,” said Kathie Boyd, whose mother lives at the North Vancouver care home. “There were recommendations in the report that could have been implemented to save some lives.”

The province asked Ernst & Young to review what happened during outbreaks this spring in long-term care homes in B.C.

The report noted the first case of COVID-19 to come into long-term care was through a worker at the Lynn Valley Care Centre in North Vancouver, who picked up the virus in the community.

A few days later, an elderly resident of the care home became the first reported death in B.C.

Those moves helped curb the spread of infection, according to the report.

But there were also significant problems.

Among them, “there was general acceptance that there were gaps in infection prevention and control” according to the report, as well as inconsistent use of PPE and availability of supplies.

Lack of supplies led some care homes to source their own PPE through what the report called “non-traditional methods outside of the provincial supply chain,” which didn’t all meet clinical safety standards.

Prior to the pandemic, staff didn’t have proper training in infection control and “there was a lack of clear and consistent guidelines on the proper use and standards for PPE in pandemic situations,” according to the report.

Long-term care operators said they also needed more specific direction on when and how PPE should be used.

“It was mayhem,” said Drew, who was one of the family members who stepped in to help when staff members didn’t show up for their shifts at the beginning of the outbreak. “The staff were afraid. They didn’t come in. It took five days to get skilled staff who knew what to do. We may have written policy on these kinds of pandemics but we don’t have actual deployment in place.”

Drew said when one elderly woman passed out and emergency responders were called, one group showed up wearing hazmat suits and others had their regular uniforms without PPE.

According to the report, different care homes also had different approaches to how residents who tested positive for COVID should be isolated, grouped together in separate parts of the home or sent to hospital.

The report noted spread of infection was worse in care home residents with advanced dementia because they couldn’t understand or comply with social distancing requirements and other infection control measures.

Boyd said she observed residents with dementia wandering into the rooms of other residents who had tested positive for COVID, because there weren’t enough staff to control the situation.

But the report – submitted to government in October – was only released on Monday.

Health Minister Adrian Dix acknowledged that should not have happened. “It should have been released earlier,” he said, adding the report was only brought to his attention 10 days ago.

Boyd said besides not making the report public, one of its main failings is nobody spoke to “the most important stakeholder” – the residents themselves and their families. “It’s frustrating,” she said.

Susie Chant, MLA for North Vancouver Seymour, said the report showed there were problems when the system first confronted the virus.

She said she’s glad the report is out. “It gives us a road map for moving forward,” she said. “We’ve got lots of work to do.”

The B.C. Care Providers Association, which represents private care home operators, criticized the government for not releasing the report until late January, saying taking action sooner could have helped limit the spread of the virus in care homes.

Dix said this week B.C. has already taken steps to “make significant improvements” in areas pointed to in the report.