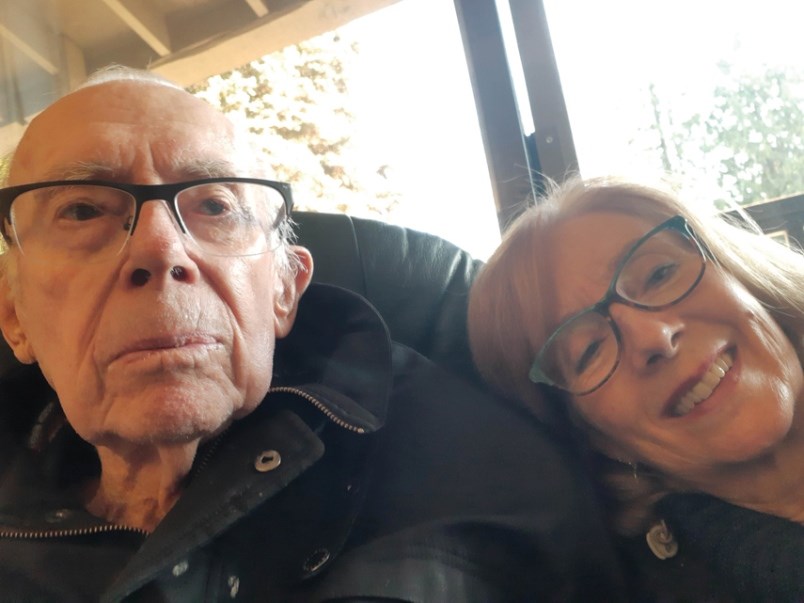 Debra Drew, whose father Graham Drew is a resident of Lynn Valley Care Centre, is pleased to see B.C.'s seniors advocate is launching a review of B.C.'s care home coronavirus outbreaks.
North Shore families whose elderly parents were among the first long-term care residents to get infected during an outbreak of COVID-19 at Lynn Valley Care Centre say they’re pleased B.C.’s seniors advocate is reviewing what happened in the province’s seniors homes.

But they worry the review is coming too late to help most seniors and that systemic problems in many long-term care homes remain unaddressed.

B.C.’s seniors advocate Isobel Mackenzie announced last week she will launch a review into some of the most deadly COVID-19 outbreaks in the province’s long-term care sector.

The review, which will focus on care homes in the Lower Mainland, will look at what went right and what went wrong in seniors homes as they grappled with the virus.

Mackenzie said she hopes to examine whether there were common characteristics of care homes which experienced an outbreak of the virus compared to those that didn’t.

The seniors advocate said she’ll look into questions like what the staff levels were, whether the care homes provided sick pay to staff, whether staff were contracted through a third party, whether they used online questionnaires for screening or had someone directly asking workers questions before each shift.

“What were their practices around PPE and infection control? Did they have single rooms?” she said.

Another question, said Mackenzie, is why some care homes managed to quickly contain their outbreaks, while at other homes the virus quickly spread out of control.

Of the more than 1,000 COVID-19 deaths recorded to date across B.C., more than 600 have occurred in seniors homes.

The first outbreak happened last March in North Vancouver’s Lynn Valley Care Centre. Finding out what was learned there and what could have been applied to later outbreaks will be part of Mackenzie’s review.

At Lynn Valley, for instance, panic quickly set in and staff didn’t show up for work, said Mackenzie. That led to the realization that the health authorities have to step in early. Cohorting residents so that staff who care for COVID-19 patients don’t care for others was another lesson, she said.

Kathie Boyd, whose mom contracted COVID-19 at Lynn Valley Care Centre, said a number of families felt there should be an inquiry into what happened during the outbreak at that facility “so that people could learn and it wouldn’t happen again in another place.”

Short staffing and a lack of infection control during the early days of the outbreak are two problems family members have pointed to as contributing to the outbreak.

Debbie Drew, whose father Graham Drew was also infected with COVID-19 at Lynn Valley, said lack of staffing – which exacerbated problems during the outbreak – remains unresolved in care homes. Previously, family members did a lot of additional caregiving, but since the outbreaks, most visits have been severely curtailed, said Drew.

One issue Mackenzie wants to examine is the need for more testing of care home staff.

In areas with high rates of community transmission, like Surrey, “I think that routine testing of staff is warranted,” said Mackenzie, “because there’s a higher probability that a care worker is going to have the virus and bring it in.”

“Asymptomatic transmission is clearly an issue,” she said, that isn’t covered in the usual screening questions.

“And I think we needed to re-examine that strategy for long-term care.”

At Lynn Valley Care Centre, the coronavirus was first identified by accident, said Mackenzie, because residents and staff who were tested for the flu also had those samples tested for COVID-19.

So far, Dr. Bonnie Henry, the province’s medical health officer, has resisted calls for more routine rapid testing of staff at seniors homes, saying both that the tests aren’t always reliable, and that they take too many staff resources to administer.

Both Boyd and Drew said they don’t understand the rationale for not using the rapid tests more often.

The test may fail to detect some asymptomatic cases, but “they’re missing all of it right now,” said Boyd.