School was back in session only days after spring break when a rash of notices went out for local school COVID exposures
Apr 7, 2021 11:01 AM By: Jane Seyd 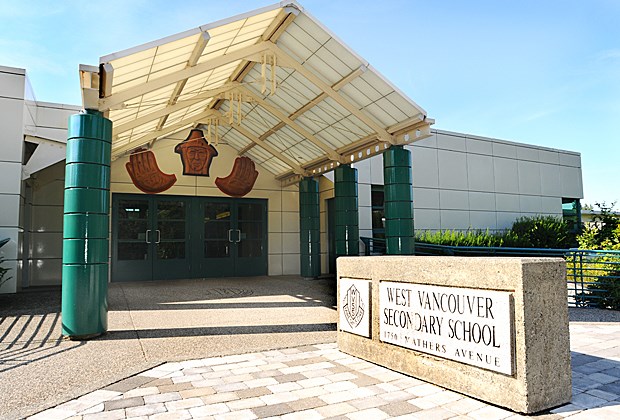 School was back in session only days after spring break when a rash of notices for local school COVID exposures began on the North Shore.

In the four days after spring break, 19 notices went out to parents in North and West Vancouver schools, informing them of COVID cases among classmates or teachers and possible exposures. Since then, more have been added.

The notices have come at a time when COVID cases are surging on the North Shore. In the week ended April 3, the North Shore reported its highest number of weekly cases ever – 316 cases.

Several schools reported multiple exposures in the past week.

Parents of students at Carisbrooke Elementary in North Vancouver were told all students at the school should self-monitor for symptoms after students in all classes from kindergarten to Grade 7 were potentially exposed to COVID-19 March 31 and April 1.

Three notices went out to parents of students at West Vancouver Secondary informing them of exposures in English 10 and English 11 classes on March 29 and 30, in a Grade 12 English class on March 31 and in morning choir, French 11, pre-calculus 11 and afternoon yearbook class on March 29-31.

At Handsworth, a science 10 and career education 10 class was exposed March 30 and April 1.

Carson Graham students in an economics 12 class were also notified of an exposure March 29.

At the elementary school level, a Grade 6/7 class at Montroyal Elementary were told to self-monitor after an exposure April 1 and a Grade 4 class at Upper Lynn is self-monitoring for symptoms after an exposure March 29 and 30. A Grade 1 class and Grade 3 class at Cleveland were notified of exposures from two positive cases March 31 and April 1 and parents of a Grade 1 / 2 class at Westview were notified of an exposure to the virus March 31 and April 1. Students at the independent Cousteau French International School also received a notice of exposure with exposure dates of March 30 to April 2.

In West Vancouver, Rockridge Secondary students in English 9 and science 9 were exposed to a person with the virus March 31 and April 1.

A Grade 10 student at Mulgrave private school potentially exposed classmates March 29, according to a letter sent to parents.

Collingwood private school also reported an exposure at the Wentworth Campus in a Grade 6JS class.

On Tuesday, Dr. Bonnie Henry, the province’s medical health officer, said the reason cases have been surging recently is that the numbers of social contacts people have been having are increasing, despite pleas from health officials.

She rejected suggestions that schools should be closed, however, saying the cases in children are more likely to increase when kids are not in school and have more unstructured time.

According to B.C.’s Centre for Disease Control, there have been 1,964 cases in kids and teens aged 10 to 19 in Vancouver Coastal Health since the start of the pandemic and 987 cases of COVID in children under 10 in VCH.