Infection rates stabilizing in Lower Mainland but Whistler and Sea-to-Sky corridor is a COVID hotspot
Jan 21, 2021 1:38 PM By: Jane Seyd 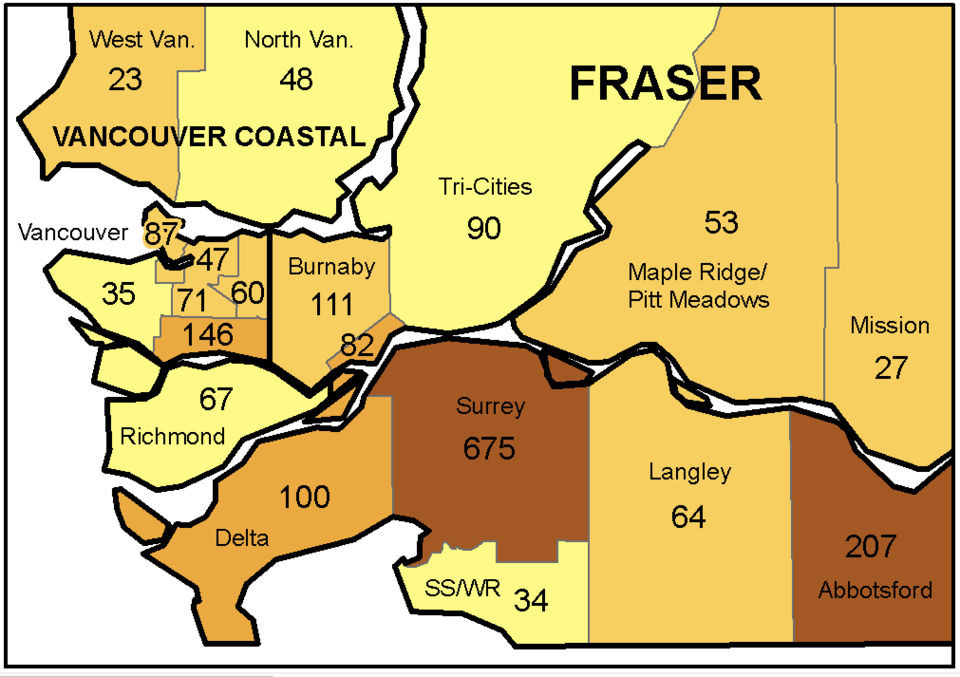 There were 71 new cases of coronavirus on the North Shore for the week ending Jan. 16, according to B.C.’s Centre for Disease Control.

The number is a slight drop from the 84 new cases the previous week.

Overall, numbers of new COVID-19 infections in the Lower Mainland are continuing to stabilize, with the rate of new infections per population coming down in most areas.

Of the new cases reported, 48 were in North Vancouver and 23 were in West Vancouver.

One recent trouble spot in the North Shore Coast Garibaldi health region is Whistler and the surrounding Sea-to-Sky communities, which recorded 63 new cases of COVID-19 in the week ending Jan. 16. Health authorities revealed Thursday there have been over 100 cases of the virus in Whistler since the beginning of January.

Because the region has a small population, that put Whistler  at a rate of over 20 new daily infections per 100,000 – a higher rate than Surrey, where the rate of daily infections has actually been dropping.

On Thursday, Whistler Mayor Jack Crompton issued a statement, saying "we are seeing a  concerning increase in the number of COVID-19 cases in our community." Crompton said most of the new cases reported in the Sea-to-Sky corridor have been in Whistler and are being spread through gatherings in homes and workplaces.

Similar trends were reported around B.C. While rates of infection have been falling in the Lower Mainland, they have been rising dramatically in some rural and northern communities including the Chilcotin, Bella Coola Valley, Terrace, Smithers Nechako and Burns Lake which all had a daily infection rate of over 20 cases per 100,000. Revelstoke and Hope have also reported similarly high rates of infection.

B.C. had recorded a total of 62,412 cases of coronavirus as of Wednesday, with 4,345 active cases province-wide. In the Vancouver Coastal Health region, there were 841 active cases.