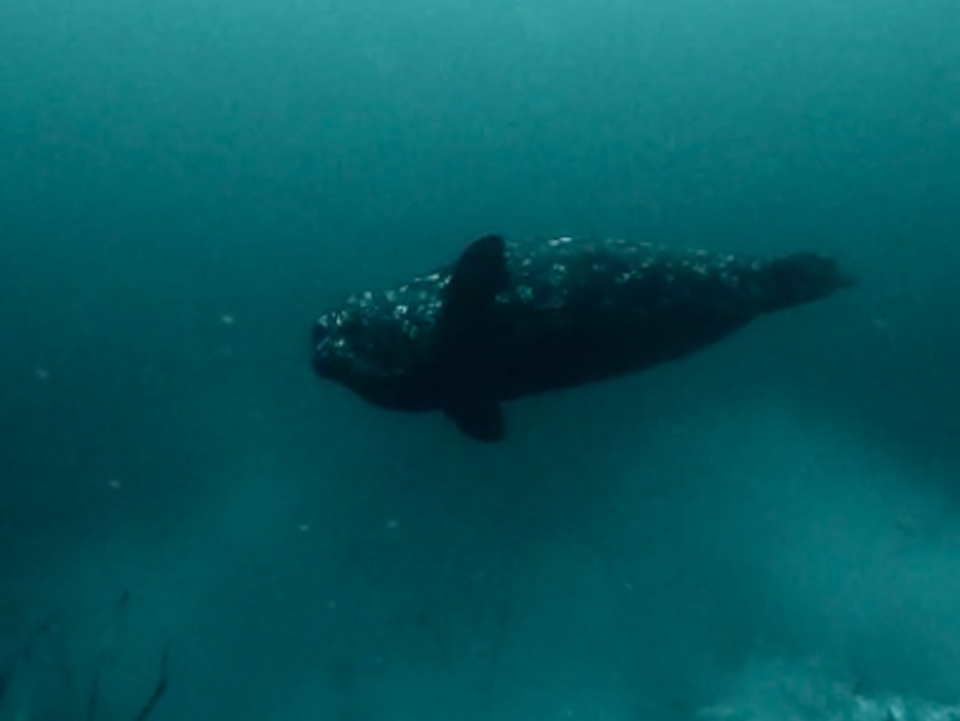 The video shows a seal swimming gracefully past the submerged diver, and then back again to steal a second look. When it sashays past the second time, the inquisitive creature comes a little closer to the camera person.

Reddit user greenjacket00 shared the video to the platform yesterday, and the video has been up-voted over 2,300 times.

In the caption, the diver writes they spotted the seal when they were freediving in the Indian Arm.

Someone commented that the diver has an "extraordinary lung capacity," to which they replied "This was a pretty shallow dive so it was an easy breath-hold since I didn’t need to dive that deep. I wanted to try to get him to come to shallower water where there was more light."

A beaver was waddling around downtown Vancouver

A number of interesting animal videos from Vancouver have been shared to social media of late, which included a beaver that was spotting waddling around downtown Vancouver on the wet pavement.

The small brown critter appeared to be lost, as it looked decidedly out-of-place on the sidewalk.

Reddit user WhatRUaBarnBurner joked that "this is so f*cking Canadian."