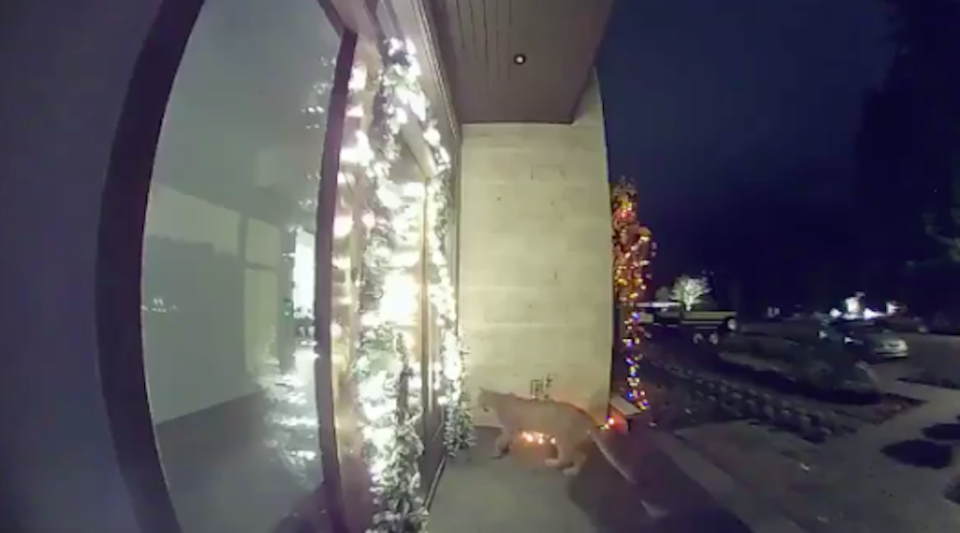 In the video, a cougar strolls up to a decorated home and appears to have a look at the Christmas lights.  Photo via @KarlDHarrison / Twitter

A large feline was spotted prowling around a festive North Vancouver residence earlier this week.

Karl Harrison took to Twitter on Dec. 14 to share a video of a cougar that he says walked up to his friend's home in North Vancouver.

In the video, a cougar strolls up to a decorated home and appears to have a look at the Christmas lights.

Back in the summer, a new guest made an unexpected visit to the Four Seasons Resort in Whistler.

On July 13, security footage from the alpine hotel's lobby shows a curious bruin sauntering in through the front door.  Following this, the black bear walks up a couple of steps in the lobby to investigate its posh surroundings.

A spokesperson for the Four Seasons Resort Whistler told Vancouver Is Awesome in an email that the manager on duty saw the black bear right away and was able to safely escort it out of the building.