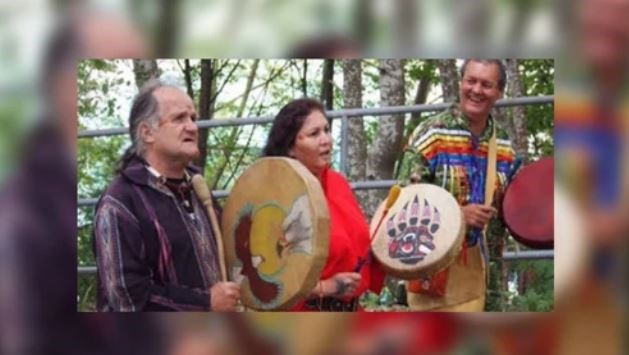 Stacy Gallagher (right) has been handed a sentence of 90 days.Rita Wong

Opponents of the Trans Mountain pipeline expansion project are furious after an Indigenous person was sentenced to 90 days in jail for what they call a harmless smudging ceremony at the Burnaby Mountain tank farm in the fall of 2019.

Stacy Gallagher was handed the sentence in B.C. Supreme Court on Tuesday by judge Shelley Fitzpatrick for violating an injunction that bars people from protests at Trans Mountain sites in Burnaby.

The group Coast Protectors say that the sentence violates the spirit of changes announced in January by the BC Prosecution Service regarding Indigenous people in the criminal justice system.

“It recognizes that custodial sentences, particularly those under two years in duration, should be seen as a last resort,” reads a Jan. 15, 2021 media statement by the BC Prosecution Service.

The Coast Protectors say Gallagher should not have received a jail sentence under this recommendation.

“The Crown ignored this new directive and continued to seek 90 days imprisonment for Gallagher’s peaceful prayer, smudging, singing and dancing for Mother Earth in ceremony at the TMX Burnaby tank farm,” says a news release.