MAMUJU, Indonesia — Relief workers struggled Tuesday to clear the rubble of collapsed buildings on an Indonesian island where a strong earthquake killed at least 90 people and left thousands homeless. The 6.
Jan 19, 2021 3:02 AM By: Canadian Press 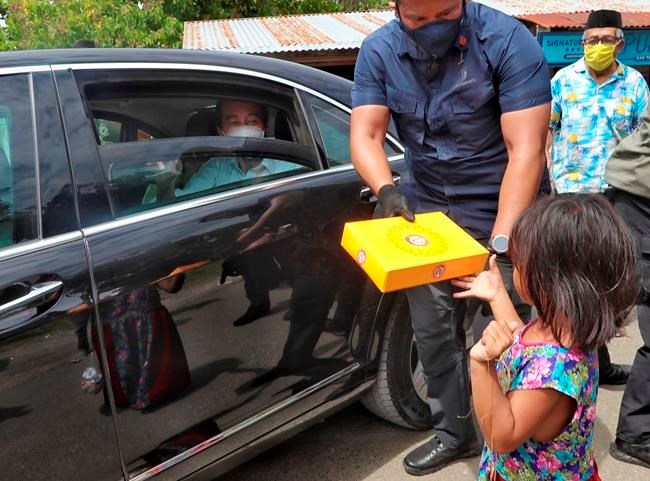 MAMUJU, Indonesia — Relief workers struggled Tuesday to clear the rubble of collapsed buildings on an Indonesian island where a strong earthquake killed at least 90 people and left thousands homeless.

The 6.2 magnitude earthquake on Friday was one of a series of recent disasters to hit Indonesia.

President Joko Widodo, who to a flood-hit region of Borneo island on Monday, visited the quake-hit areas of West Sulawesi province on Tuesday to reassure people that the government’s response is reaching those in need.

He pledged to rebuild government buildings that collapsed and help people repair their damaged houses with aid of up to 50 million rupiah ($3,560) as he toured the hard-hit city of Mamuju, the provincial capital.

“We hope that the assistance from the central government can hasten a rebuilding of collapsed houses and the economy,” he said in a speech after visiting survivors staying in shelters on a soccer field.

Disaster Task Force Commander Firman Dahlan said at least 12,900 people are in shelters in Mamuju and the district of Majene in West Sulawesi. He said the figure has decreased since Monday, when evacuees stood at 20,000 as many fled for safety in the provinces of Makassar, Pare Pare and Palu.

Four days after the disaster, the streets of Mamuju were still covered in debris and most people were sleeping outdoors, fearful that their homes would crumble if strong aftershocks come. Sniffer dogs were being used to search for bodies and possible survivors.

Dahlan said rescuers, helped by excavators, pulled more bodies from the rubble. A total of 79 people died in Mamuju and 11 in Majene, he said at a news conference on Tuesday.

A military field hospital will be set up soon and a naval hospital ship is heading to a port on the Mamuju coast to help overwhelmed hospitals, he said.

The president Monday to flooded areas of South Kalimantan province on Borneo, an island known for rainforests and orangutans where floods since last week inundated several regions. The floods killed several people and forced tens thousands of others from their homes. Floods were also reported in many other provinces in the vast archipelago nation.

The quake and flood disasters followed a landslide in West Java on Jan. 9 that left 40 people buried in tons of mud. On the same day, a Sriwijaya Air jet nosedived into the Java Sea, killing all 62 people on board.

And on Saturday, Mount Semeru, the highest volcano on Indonesia’s most densely populated island of Java, spewed hot clouds as far away as 4.5 (nearly 3 miles). The eruption caused panic but no casualties.

Indonesia last week began vaccinating health workers for the coronavirus in a campaign that aims to immunize two-thirds of the population in the world’s fourth most populous country. Indonesia has confirmed more than 927,000 infections and 26,590 deaths from the pandemic, the most in Southeast Asia.

Indonesia, home to more than 260 million people, is lined with seismic faults and is frequently hit by earthquakes, volcanic eruptions and tsunamis. Annual monsoon flooding also causes problems, and its transit infrastructure is weak and stretched beyond capacity.