FORT LAUDERDALE, Fla. — A Los Angeles-based real estate investor has purchased the six-bedroom South Florida home that belonged to the late teen idol David Cassidy, and hopes to give it a fresh look on television. Amy L.
Jan 13, 2021 11:49 AM By: Canadian Press 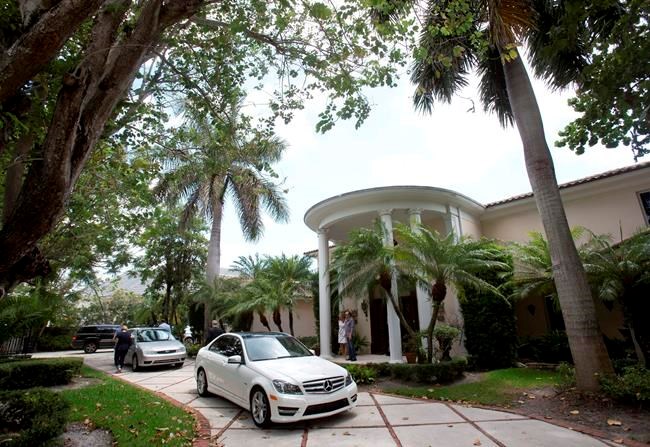 FORT LAUDERDALE, Fla. — A Los Angeles-based real estate investor has purchased the six-bedroom South Florida home that belonged to the late teen idol David Cassidy, and hopes to give it a fresh look on television.

Amy L. Raff and her husband, Abe Rotchel told the South Florida SunSentinel they weren't looking to buy Cassidy's waterfront home when they started looking at listings in Fort Lauderdale.

“It turned out to just be a nice benefit that it used to be his house,” Raff told the newspaper. “It’s a fabulous home in a great location.”

The house sold for $2.6 million, the newspaper reported.

Cassidy died at age 67 in 2017 after he was hospitalized with liver and kidney disease. He had announced earlier that year he was suffering from dementia and retiring as a performer.

In the late 1960s and early 1970s, Cassidy rose to fame as the shaggy-haired teen idol starring in The Partridge Family. His face adorned the covers of magazines targeted to young teenagers.

Raff told the newspaper she had his poster on her wall when she was a young girl.

“He was beautiful, but it’s very sad what happened to him.”

Cassidy bought the house for $1.1 million in 2001 and lived in it with his then-wife, Susan Shifrin-Cassidy until 2015 when the couple divorced and he declared bankruptcy.

The house was sold at an auction for about $2 million to investors from Maryland. They rented it out, complete with Cassidy memorabilia on display, for short-term vacations, the newspaper reported. In 2018, it was listed for sale for $3.9 million.

Raff said they plan extensive renovations to modernize the interior and the outside pool and patio area. They plan to move to the area by the end of summer to oversee the project, which Raff hopes will be chronicled on a home makeover-type TV program.

Once the renovation is complete, they plan to move into the home.