Piecing together a new, efficient and quality way of home-building

The vast majority of us, old and young, have played with Lego building bricks at one time or another. 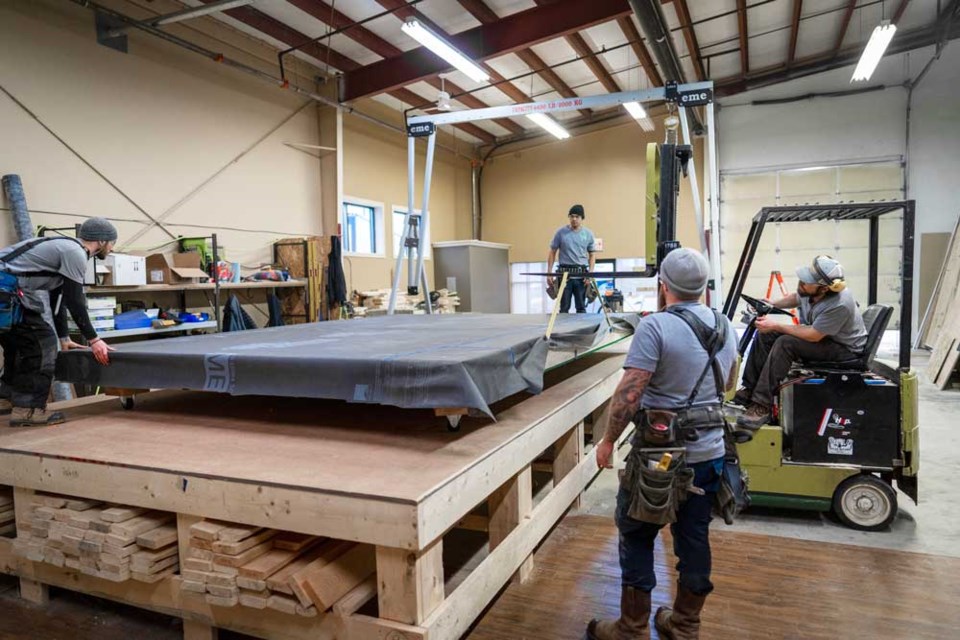 The vast majority of us, old and young, have played with Lego building bricks at one time or another.

We’ve marvelled how the carefully designed and manufactured pieces fit together tightly and can form just about anything we put our creative powers to work.

And while that may have been a form of play, the staff at Squamish-based TAG Panels Ltd. uses many of the same basic principles when it comes to constructing a new home.

That’s because they use prefabricated building sections - computer designed and built entirely in an indoor, climate-controlled site - to expertly piece together a home.

They have done away with the traditional method of first constructing the framework of the building that not only takes more time and labour, but leaves the building site and materials open to the harsh elements for weeks.

“We can take a normal building floor plan, 3-D model it using special software, and build in all the structures including insulation, and then ship it to the site where it can be assembled in five to seven days,” explains operations manager Simon Hayes.

On average, it takes roughly four weeks to build a large home inside TAG Panel’s factory.

That’s much quicker than traditional construction - framing alone can take six to eight weeks - since the panels include all of the structural beams, insulation, membranes and taping.

And building prefabricated panels in a climate-controlled setting results in a better quality end product, free from weather-related warping, which can lead to cracking drywall as residual moisture evaporates.

“You wouldn’t build a car outside in the rain, so why would you do that with a house?” Hayes says.

Another key in quickly assembling prefabricated panels comes from the fact that each panel delivered to the construction site is loaded on the truck in a sequential order, meaning the first pieces off the truck are the first ones needed - and so on down the line.

“It’s all done systematically, so the last panel to be put on the house, is the first one loaded onto the truck,” Hayes says.

What makes this type of construction possible is the ability to employ a computer-aided design that not only produces panels built to exacting and environmentally efficient specifications, it also cuts down on waste construction materials.

“Because we are modelling everything from the beginning, we have an accurate cut list for timber and can order the materials efficiently,” Hayes says. “So, for a 3,500-square-foot house, our waste bin was about twice the size of a regular, family garbage can.

“There were no piles of off-cut, wasted timber.”

For more information about having your home constructed using the prefabricated method, visit TAG Panels online at tagpanels.com or call 604-390-4665.