Over a quarter of West Van homeowners own multiple properties

While home ownership continues to be far out of reach for many families on the North Shore, new statistics show that a whole other set of North and West Vancouver owners have multiple properties.

In fact, in West Vancouver, almost 28 per cent of property owners own multiple properties, according to SFU City Program’s Andy Yan, who analyzed data from the Canadian Housing Statistics Program.

“It’s also a story of wealth and really how residential property is a part of people's wealth,” said Yan. “It follows the geography of wealth in metropolitan Vancouver.”

But it does raise interesting questions, he said.

“It does go into the idea of what does it mean to own residential property,” he said. “Knowing the kind of struggles we know many, many people have looking to buy their first home when we have a proportion of the population that has two or three or four homes or more.” 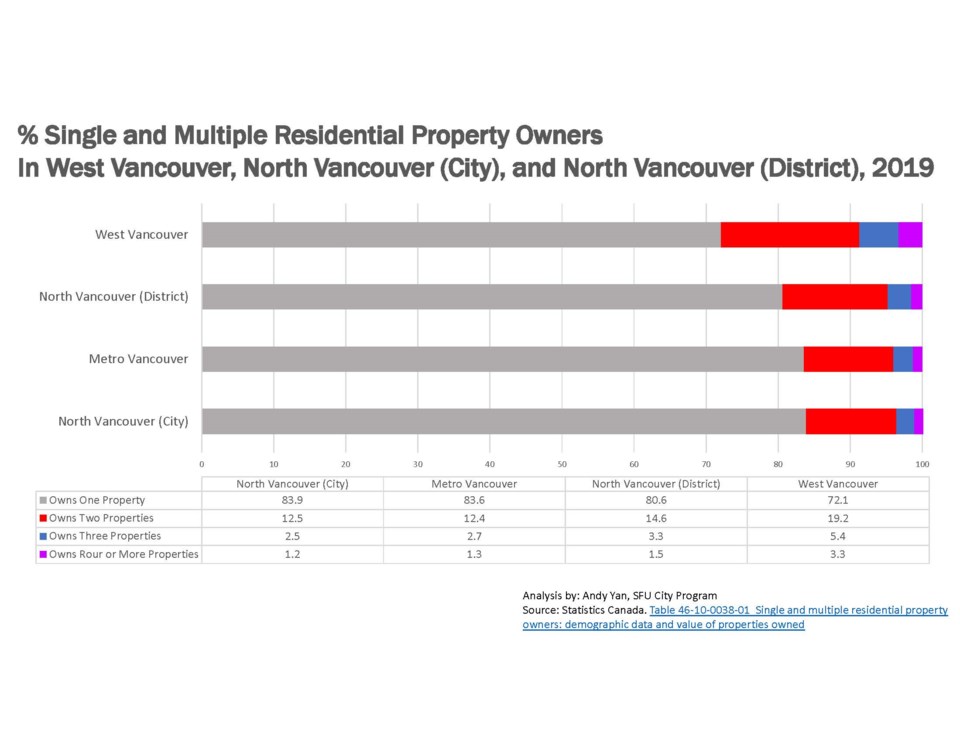 West Vancouver Mayor Mary-Ann Booth said while she has not seen the statistics, “in a way it doesn’t surprise me because we have 1,700 empty houses [in West Vancouver]. And we were a magnet for foreign investment. For plunking money into real estate for whatever reason.”

“During the height of speculation, and when there was a lot of foreign money coming into Canada, people were buying multiple houses, and West Vancouver has an international reputation for high-valued real estate.”

“It’s a bit of a vicious circle,” said Booth, “because the only way you can afford to live here is to have a lot of money. And the way you can make money, the quickest, and in some cases, the easiest is to buy and sell real estate.”