Find out how much rent is expected to cost for one, two and three-bedroom rentals in the region.

A recent report shows how much more renters can expect to pay based solely on where they live in Metro Vancouver.

While some luxury rental accommodations come may cost more based on their amenities, design, and features, others may have a steep monthly bill simply because of where they are located.

It might not surprise you that waterfront property in Downtown Vancouver costs a pretty penny. But you might not realize how much it costs to rent in the surrounding cities and areas.

Liv.rent, a rental platform based in Vancouver, creates monthly rent reports for the region and finds that renters in the downtown area will "feel the pinch" the most this August.

The most inexpensive Metro Vancouver city on the list was Coquitlam, where renters can enjoy average rates per square foot of $1.82.

Have a look at all of the rates for August 2021 per square foot. 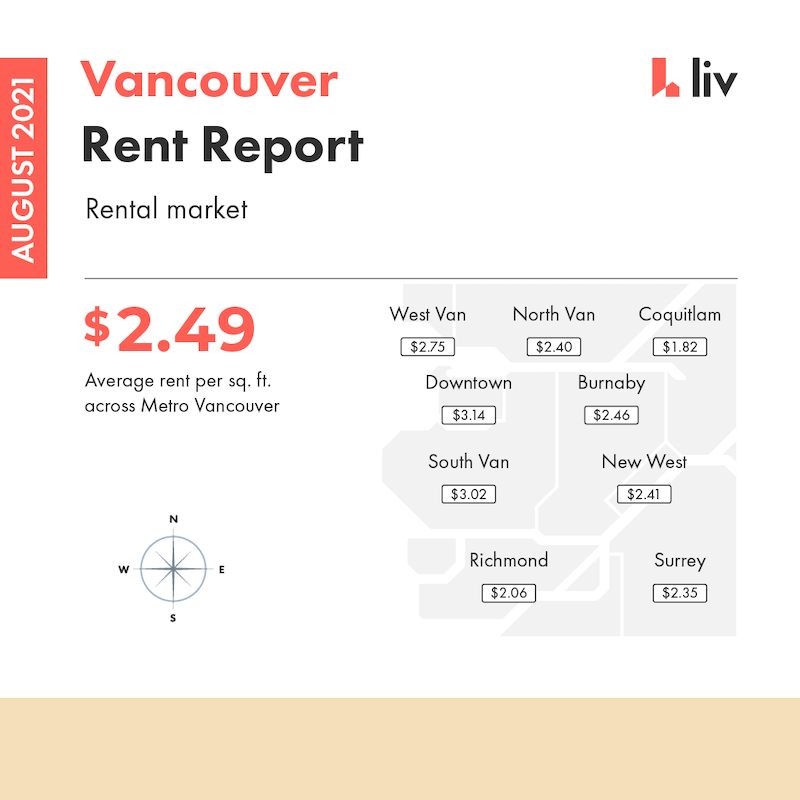 Liv.rent is also releasing how much it will cost to rent furnished or unfurnished one, two, and three-bedroom apartments in the region.

Again, Downtown Vancouver stands apart from the crowd, with a one-bedroom furnished apartment coming in at an average of $2,295 and an unfurnished one costing $2,060.

North Vancouver's one-bedrooms actually cost more than those in South Vancouver, with a one-bedroom furnished apartment coming in at an average of $2,128 and an unfurnished one costing $1,893. Two-bedroom rentals were also more expensive but did not exceed those for unfurnished units in Downtown Vancouver.

Have a look at the rental statistics for the region. 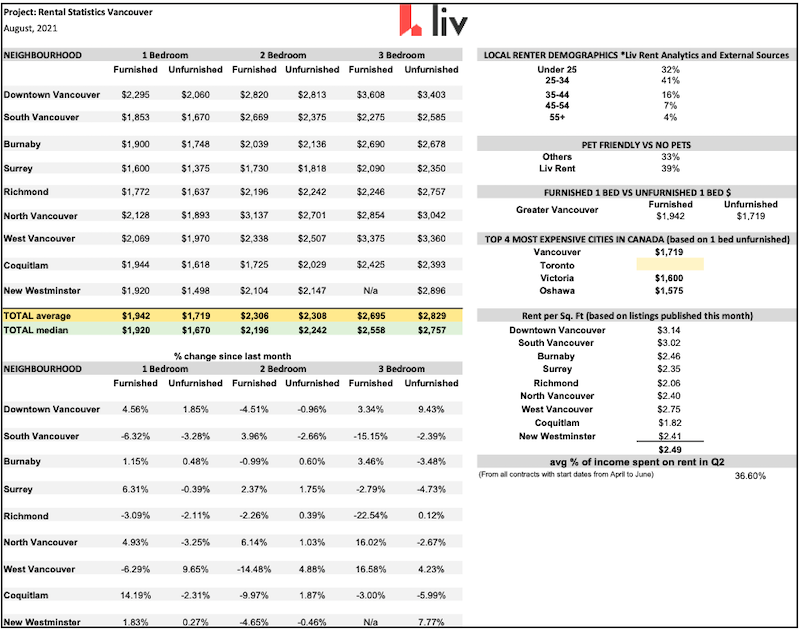