SULLIVAN: Humanity is the antidote to president poison

Lest we forget: Donald Trump, the man elected U.S. president on Nov. 8, campaigned on the promise to ban all Muslims from America and deport millions of Mexicans, calling them criminals and rapists.
Nov 24, 2016 5:00 PM By: Paul Sullivan 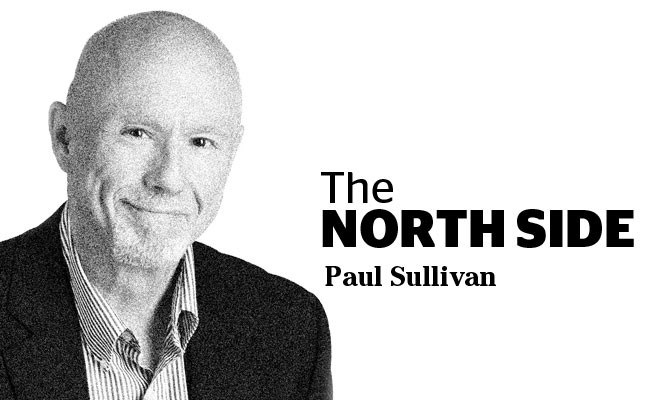 Lest we forget: Donald Trump, the man elected U.S. president on Nov. 8, campaigned on the promise to ban all Muslims from America and deport millions of Mexicans, calling them criminals and rapists.

Believe it or not, 60 million Americans voted for a man who systematically degraded people of colour, women, disabled people and anyone else who provided a convenient target in his project to re-establish white male supremacy as the prevailing cultural ethos.

It didn’t take long for the fallout to settle in our own backyard –soon after the election some racist decided to get busy and spray paint a great big swastika right in the middle of the street in Edgemont Village.

While all this was going on, something called the North Shore Immigrant Inclusion Partnership sponsored Weaving Our Humanity: An Evening of Story at Presentation House at the corner of Marine Drive and Chesterfield in North Vancouver.

True Confessions: I was there because my wife is the executive director of the North Shore Multicultural Society (NSMS), one of the prime movers of NSIIP. Otherwise I probably would have hunkered down to watch X-Men Apocalypse, which suited my mood.

So in spite of myself, on a rainy Saturday night in November the week after Donald Freaking Trump was elected, my soul was uplifted.

If you’re the kind of guy who thinks desecrating a public street in the dead of night with a symbol of murderous tyranny is empowering, Weaving Our Humanity may not be your cup of tea. But as one individual after another stepped up to the microphone to tell their story of making a life in Canada, it was clear something very special was going on.

It turns out Weaving Our Humanity is the perfect antidote to the kind of poison Trump is spreading.

Mas Yamamoto, on the verge of 90, talked about being forcibly shipped from his home in Dunbar and sent to an internment camp in the interior during the Second World War. Looking on from the audience was his daughter Naomi, who happens to be the Minister of State for Emergency Preparedness for B.C., on hand to listen to her dad and issue a proclamation celebrating multicultural week.

Want to know the difference between Canada and Trump’s America? In Trump’s America, the government schemes to persecute other cultures; in Canada we give out nice proclamations.

Janet Zhu is a mom of three from Shanghai, who talked about how she made lasting friendships while trying to protect the North Shore bear population. She displayed her favourite gift from a friend and fellow bear vigilante – a coffee cup that says, “friends are the chocolate chips on the cookie of life.”

And if that sounds corny to you, you could probably use a friend.

Up came Sahar Sajjadi, a composed 17-year-old Iranian immigrant and student who loves math and science, who moved to the North Shore and decided she would have to “forget” she knew Farsi, her native language, in order to learn English and really get to know the people and the culture of the North Shore. So she did.

In Trump’s America, some of the president-elect’s advisers have seriously considered bombing Iran to take out their nuclear capacity. Young people like Sahar would be dismissed as collateral damage.

In between the stories came the music: wonderful marimba music from East Africa and traditional instruments from Iran played with virtuoso verve by young people who, miraculously, weren’t at home in their basements playing video games.

The evening’s anchor was UBC’s Dr. Gurdeep Parhar, who has a title longer than most business cards can handle, but was simply called “Paki” by a pair of bullies, over and over, in his high school locker room.

Donald Trump would dismiss that as just locker room banter.

The point of Weaving Our Humanity, said organizer Meharoona Ghani of NSMS, is to create a safe, warm, inviting space where people can open up, tell their stories, and share our common humanity. Then maybe we won’t dismiss other people as sub-human. And for that we need safe places. (It doesn’t hurt to have fun and serve tasty snacks.)

Remarkably, despite an undercurrent of Trumped-up tension, the evening stayed peaceful and positive.

Meharoona, in addition to being an organizer extraordinaire, is also an extraordinary poet of the spoken word, and as such, she got the last word Saturday night. “This,” she proclaimed, “is who we are.”

This is who we are.

Those weren’t tears in my eyes. It was raining.

Journalist and communications consultant Paul Sullivan has been a North Vancouver resident since the fall of the Berlin Wall and the rise of Madonna.