PREST: Result of U.S. election a timely reminder that it's OK to be kind 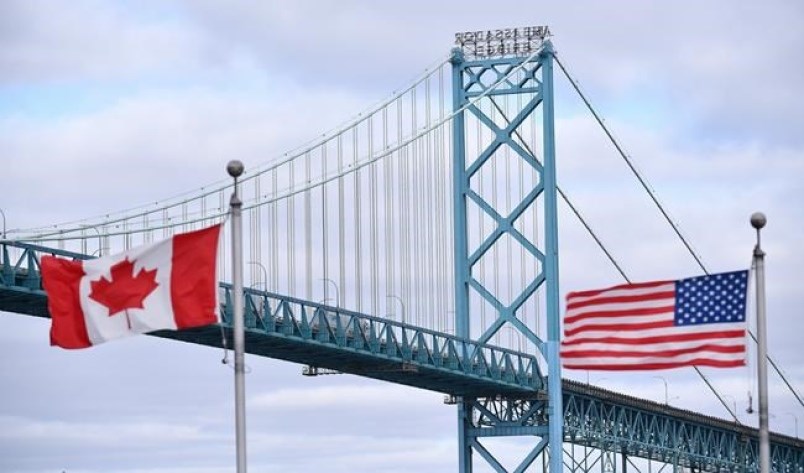 There was a moment on Saturday that put a huge smile on my face. It’s a moment I won’t soon forget.

No, it wasn’t the moment that CNN made its official projection that Joe Biden would be the next president of the United States, setting off raucous, Champagne bottle-popping street celebrations in several cities in the U.S. and around the world.

Nor was it the moment that I realized that a big press conference Donald Trump announced at the Four Seasons in Philadelphia was actually held outside a small landscaping company on the outskirts of town (next to a crematorium and adult book shop) rather than at a downtown luxury hotel. As Trump’s lawyers started to make unsubstantiated claims of voter fraud while standing in the parking lot of Four Seasons Total Landscaping (seriously), honks started to ring out on nearby streets as drivers celebrated the projections giving Biden the win.

Those were both deeply satisfying moments, but they weren’t the moment.

For me, the moment came just after a youth soccer team I coach wrapped up a win on a beautiful sunny Saturday afternoon. It wasn’t the win that was the big moment – those things happen often in sports, as do losses – but what happened just after. One of the other coaches from our team made a great suggestion that we end the game with “shoutouts,” a post-game exercise allowing any of the coaches or players to give a quick compliment to any other player.

Note that these are bouncy 10-year-old boys who really enjoy talking all at the same time, but when the shoutouts started, an amazing thing happened: they all quieted right down, listened intently to each other and patiently waited for their turn to talk. They even raised their hands!

And the shoutouts were outstanding. Kind, fun, heart warming and life affirming. They just couldn’t wait to tell each other how great they were. That was the moment.

It was a reminder of how powerful a simple, kind word can be.

I realize that for many people, kind words can be hard to come by these days for a number of reasons, not least of which is the ongoing pandemic, which means that any words, kind or not, offered face to face have the potential to be accompanied by an insidious, potentially deadly virus. Also, anyone who spends any amount of time on social media knows that kinds words can quickly get lost in big piles of hot, hate-filled online garbage.

And speaking of piles of hate-filled garbage, the last four years have been tough to watch for people who expect, as a bare minimum, some level of civility and decency from elected officials. Instead, the world has watched a man build political power while constantly attacking people who didn’t shower him with never-ending praise. There have been presidential insults fired at political opponents; football players; entire countries, races and religions; U.S. soldiers killed or captured in battle; Grace from Will and Grace. And yeah, the insults almost always ended up reaching the people who constantly showered him with praise as well.

The most powerful person on the planet was seemingly a humourless, joyless person, and that was draining. Any encounter with his bullying was the opposite of watching those soccer players pump each other up with praise. It was like watching a slug grow arms and legs so that it could stop by a kindergarten class and slime the inside of every student’s lunchbox.

I recently scrolled through his famous Twitter feed, looking for any messages that had any shred of warmth or compassion or kindness in them. Of the tweets that weren’t blocked for containing fabricated claims of election fraud, it was almost impossible to find anything the least bit positive.

Well, there was this statement: “We have all learned a lot in the last two weeks!” Hey, that’s ... something.

Except that it was immediately preceded by this: “Since when does the Lamestream Media call who our next president will be?”

There’s the old taunter-in-chief. So ex-presidential!

Of course, the taunts are so much worse for anyone who is part of any of the numerous marginalized groups attacked over the years. They not only heard insults from the president, but then they’d have to go out into the world knowing they could face personal attacks from his like-minded supporters as well, people now encouraged and emboldened to act out their own awfulness.

Tears flowed as he spoke.

“It’s vindication for a lot of people who have really suffered,” he said. “The character of the country matters. And being a good man matters.”

Shoutout to Van Jones. In fact, shoutout to all of you, regardless of politics. Shoutout to anyone in need of a kind word.

There will, of course, be political battles waged from now until eternity, but this is a great time to remember that receiving a kind word feels great.

And giving one ... that feels even better.