Prest: It's weird that we're celebrating COVID birthdays for a second time 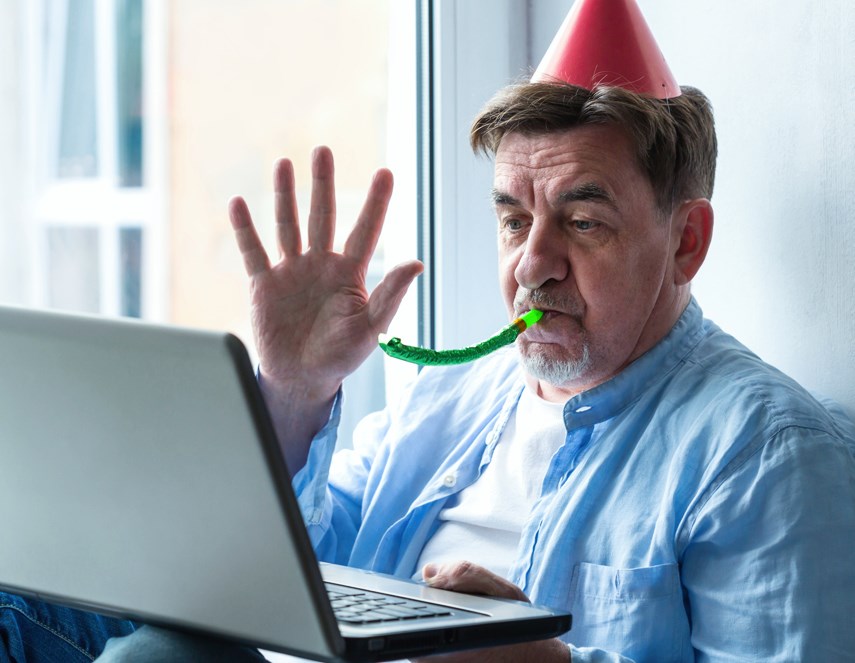 Have you had the dreaded double pandemic birthday?

Many of us born in March or April have had the pleasure of celebrating not one but two birthdays while the province has been chest-deep in COVID concerns. In 2020 we blew out the candles (with a fan of course, not our mouths like some 2019 psychopath) while the world was riding the first wave, and gosh darn it we’re back one year later riding even higher on a third-wave birthday.

How many of you are on that same birthday surfboard with me? Milestones like this allow us to take a step back and assess where we’ve been, and where we might be going. And it’s pretty strange assessing the past year, because no doubt a lot of us feel like we haven’t gone anywhere. Quite literally, actually.

It’s wild how things have stayed the same over the past year. But it’s also interesting how they have changed.

I’m not a “make-a-big-deal-of-my-own-birthday” guy. As long as there is bacon and/or beer involved at some point in the process, that’s a happy birthday. But last year was a milestone for me – I turned 20 for the 20th time – and a lot of people went out of their way to make it special. Cool family friends recorded hilarious tribute videos. There was a Zoom cocktail party. There was a Zoom beer tasting. There was a late-night Zoom dance party that may or may not have involved funny costumes.

Back in spring 2020, there was a lot of enthusiasm for those types of isolation shenanigans, even as there was definitely fear of this strange virus and sadness at the tragedy unfolding in our care homes.

It was odd, of course, celebrating a big birthday almost entirely from my own kitchen without hugs from loved ones, but there was an excitement to it as well as we were encountering and adapting to an odd new world. I kept telling people what a “weirdly awesome” birthday it turned out to be.

This year? It’s hard to believe we’re still here. Pandemic birthday No. 2, and the love and well wishes of friends and family are still here, but that weird enthusiasm of a pandemic world is most definitely gone for a lot of people, myself included. The beer is still here, but we all have had just about enough Zooms. My quarantini cupboard isn’t nearly as well stocked as it was last year, giving the wallet (and liver) a little break. And the late-night dance parties are now mostly conducted from the couch without the part where you play music and move around a bunch.

I did have one fun little outdoor birthday celebration last week, but it ended with me falling asleep at 8:30 p.m., waking up groggy at midnight wondering if this year has completely sapped my will to party.

Of course, everyone is experiencing this thing a little differently these days, even if it all feels the same. And we’ve all had at least one birthday in this mess. Some celebrated their 100th birthday without having a hug from the great-grandkids. Some turned one having never yet met their grandparents.

Some may have celebrated two birthdays while barely leaving the house, while others no doubt have blissfully whisked off to Waikiki a couple of times, a reminder that we’re in the same storm, but we’re not all in the same boat.

It’s just weird that it has been a whole year of this. My second pandemic birthday was much more subdued than the first, but still lovely, highlighted by a baseball practice that I helped coach. Someone let slip that it was my birthday, and the little players proceeded to wish me happy birthday over and over. One kid must have said it 10 times, which was super cute and hilarious and heart warming.

And I came away from that thinking my only birthday wish was for those kids to have a chance to not just practice baseball, but to safely play real baseball games again. And soccer games. And dance and play field hockey and do musical theatre and all those other cool kid things that have been taken away from them through no fault of their own.

Let’s get those vaccines, let’s be extra vigilant about avoiding unnecessary close contacts, and let’s finally end this thing.

The next big party we need is the one where COVID is gone, and we’re all together.