Prest: Be wary of treating young athletes like they are voice-controlled robots 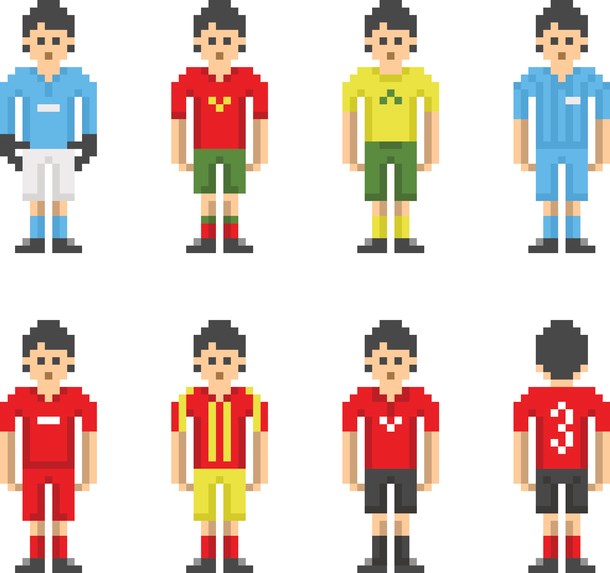 Young athletes are not video game characters that should be controlled at every moment.Getty Images

Have you ever noticed those youth sports coaches or parents who constantly yell instructions at their players like they are coaching little voice-activated remote-control robots?

Have you ever wondered what it feels like to be coached like that? If you really want to know, swing by my house and you can find out instantly. No, not from me – I do coach a lot of sports, and I do keep up a fairly constant chatter when I am on the sidelines, but I like to think I’m not the worst offender for over-coaching.

But I have encountered more than a few coaches and parents on the sidelines who simply cannot stop talking to their players during soccer games. “Dribble left. Take your space. Move forward. Timmy is open, pass it to Timmy. To Timmy. To Timmy!”

And of course, there’s the always helpful call of “shooooot!” and it’s more sophisticated cousin, “spread out!” Through more than a century of soccer, no team of six-year-olds has ever successfully “spread out,” but maybe if we try yelling it just one more time ...

It is a constant struggle, though. When you’re coaching you of course want to impart all your wisdom to your young players, and most coaches I’ve encountered are constantly talking during games. Sometimes though, it’s just too much. I remember last baseball season a ball was hit right at our star first baseman. Oh boy, I thought: Here comes an easy out. Then my constant-coach-chatter mode kicked in and I “helpfully” said to my eight-year-old player, “get to your base.”

And that’s exactly what he did. He listened to his coach and ran to first base. And then the ball rolled by, right near the spot where he had been standing moments ago.

What I could have said was “wait for the ball to get to you, pick it up and then ‘get to your base.’” What I really should have done, however, was to keep my dang mouth shut for one second and let my talented little player make the play he obviously was about to make before his genius coach piped up and told him to do something else.

I think about that play a lot, and it’s a good reminder that when I’m coaching, sometimes I should do less coaching.

And now I know exactly what it feels like to be on the receiving end of that type of coaching. With the pandemic locking us all into the worst winter ever, my family and I have been playing a lot more video games. We’re all finding it cathartic to play some of the new open world games that allow you to wander around some weird domain at your own pace. In a year in which we humans are not allowed to hug our own parents, let alone have long conversations with strangers, there’s something to be said for jumping into the body of a little cartoon character and talking to a villager or meeting a dragon or shooting a talking tree in the face or whatever.

I love playing multiplayer games that allow us all to team up together as a family. And I don’t even want to admit how much I love playing solo games by myself after my kids go to bed.

But I’ve discovered one thing that I don’t really like doing: me playing by myself while my kids watch. It doesn’t happen much, but when it does, it’s excruciating. Why?

Because of the coaches, that’s why. In these situation I have two tiny helicopter coaches circling me at all times, and they never stop yelling instructions at me. Never.

“Dad go talk to that guy. No the other guy. The guy over there. There! OK, fight that guy. No, the other guy. That guy there. There! Dad, why don’t you use your shield? Use your shield! Shield!! Dad you’re going to die. Dad, you’re dying. Why did you die like that!? Dad! Dad!? Why are you putting your controller down? Where are you going? Why are you picking up the TV? Dad!?!”

It’s exhausting, and stressful, and not fun. I also do much worse in the games whenever I am getting “coached.” I know I’m bad at fighting. It doesn’t make me better to be told I’m bad at fighting while some spider robot is attacking me with a laser.

I’m feeling like I finally know what it’s like for young athletes to have coaches and parents yelling all the time. It’s not good.

Can you imagine getting that constant feedback, except you’re six and you’re on a field in front of dozens of strangers and it’s coming at you from your head coach, three assistant coaches, your mom, your grandpa, and that crazy dad from the other team?

We’re lucky they’re not robots – if they were, they’d definitely turn on us and roast us with their own little lasers.

Soccer coach put his players first even while fighting cancer
May 2, 2018 9:18 AM