Prest: Are you cheugy enough to stand in an Instagram line on a hike?

The question 'Are you cheugy?' is sweeping the internet. Let's take a look at what cheugy looks like in Vancouver
May 12, 2021 11:56 AM By: Andy Prest 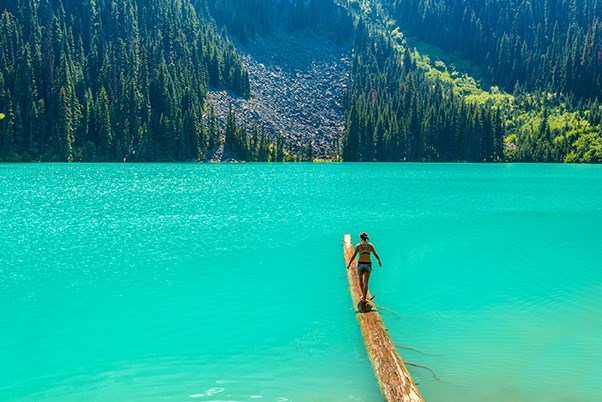 Would you be cheugy enough to stand in a long line of Instagrammers to get this "unique" photo for your new profile pic? Shutterstock

As if there isn’t enough to be stressed about these days, now we all need to worry about whether or not we are cheugy.

What is cheugy (pronounced chew-gee), you ask? Well, chew on this.

The word gained widespread attention (by that we mean attention on the internets) in late April when a lifestyle reporter for the New York Times named Taylor Lorenz wrote an article titled What Is Cheugy? You Know it When You See It.

Lorenz described how the word originated amongst a group of friends in Beverly Hills a few years back and recently spread far and wide on the TikTok app. It’s a term that describes someone who is “out of date or trying too hard.”

It’s not quite the same as “basic,” which describes someone who is generic or conformist. The guy who walks past all the delicious craft beers in the liquor store and grabs a 12-pack of Bud Light? He’s not cheugy. He’s basic.

Neither is cheugy the same as “uncool.” The dude who yells at the teens working at a fast food restaurant because his special-ordered bacon double cheeseburger had mayonnaise on it?  Definitely uncool, but not cheugy.

As Lorenz describes it, the term cheugy isn’t necessarily embarrassing or even negative. And cheugy is not just people, either. It can be things. Lorenz lists a bunch of things such as “anything associated with Barstool Sports” and “Gucci belts with the large double G’ logo” that fall under the cheugy banner.

Great, there goes my belt collection.

There’s also a helpful list of things that are un-cheugy, including “making your own clothes” and “not caring what other people think” (two concepts which go very well together).

But let’s get Vancouver cheugy specific here. The act of searching out secret lakes, beaches or swimming holes on B.C.’s West Coast is very un-cheugy. So how do you cheugy it up? You head up the Sea to Sky Highway to that certain mountain lake with a certain photogenic log sticking into it and you wait in a long line of alarmingly well made-up “hikers” waiting their turn to get their photo taken on the log for an Instagram post. That’s extreme cheuging.

Other examples of cheugy Vancouver:

■ Leaving an Inukshuk on the beach.

■ Waiting in line for 90 minutes for brunch. Bonus cheugy points for the photo you get – which is the underlying purpose of the whole expedition – of yourself holding a Caesar garnished with tiny hamburger wrapped in bacon. Mmmm – cheugy.

■ Getting mad at people on e-bikes. Dude, we live on a mountain. We’re old. It’s steep. Figure it out.

■ Posting flower blossom photos in February with captions like, “these Canadian winters sure are hellish (smirk emoji).”

You’ll notice a couple common cheugy threads. One is that the term carries a strong eye-roll undercurrent aimed at the norms of older social media channels such as Twitter, Facebook and, in particular, Instagram and its my-life-is-a-postcard ethos. That’s why cheugy took off on TikTok, the next generation’s social media. It’s the natural order of things for youngsters to poke fun at elders. And yes, the 32-year-old holding a “Rise and Grind” coffee mug in their Insta pic is, in this case, an elder.

Another common thread is that many people will self-identify as having some strong cheugy traits, and that is not a bad thing. I will 100 per cent write a tear-stained letter when Vancouver finally looks at my bank account and evicts me.

And the most cheugy thing in the world has got to be a community newspaper columnist writing a primer about what the word cheugy, which he first heard less than a week ago, is all about. Peak cheugy.

One more lesson is that if you’re going to start a trend, or an anti-trend, or whatever this is, come up with a funny name. Cheugy is straight up fun to say, and that no doubt is a huge part of its popularity.

Are you cheugy? We all are probably at least a little, in our own way. Meet me for brunch and we can talk it over.