LETTER: Pickleball's a great game with a poor name

Dear Editor: Re: Pickleball players need keep their ‘noisy, disturbing’ game off tennis courts, Aug. 10 Mailbox. I grew up in the United Kingdom as the son of two good tennis players, one of which played at Junior Wimbledon.
Aug 19, 2020 12:00 PM By: North Shore News 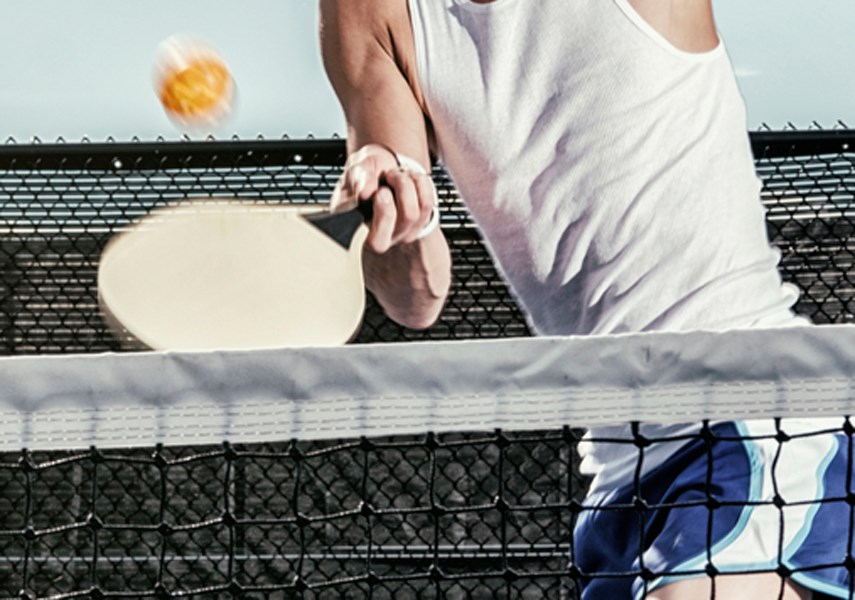 The noisy "pop" of a pickleball paddle hitting a hard plastic ball disturbs the peace on courts across the North Shore, an octogenarian avid tennis player writes in this letter to the editor. photo Getty Images

I grew up in the United Kingdom as the son of two good tennis players, one of which played at Junior Wimbledon. So I played tennis, but it’s difficult to get a decent game especially among relative novices, or those who can’t quite master tennis. There’s a lot of ball retrieval, rallies can be very short and there’s a lot of standing around waiting for the opportunity to play a decent shot.

In my humble opinion, having relatively recently been introduced to pickleball, it’s a great game with a bad choice of name that has somehow stuck. It’s an excellent opportunity to get a better quality of interactive play among less skilled participants. It involves somewhat less running and waiting around, and is very enjoyable. It also uses a whole lot less real estate than tennis, so maybe a better use of valuable district space allotted for playing racquet sports.

Maybe [the letter-writer] has some valid issues regarding distancing among players, but that’s a separate issue. In my view, there needs to be room for both games. A quality tennis match between great players  can be amazing to watch. However, among average players, because of its user-friendliness, and reduced player frustration, pickleball may well eclipse tennis in popularity among participants. If so, it’s part of our constantly changing society, and tennis needs to move over to let the other game in.