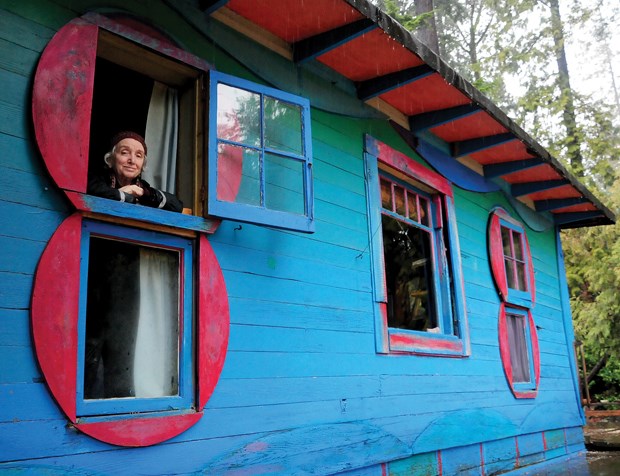 I’ve met Al Neil, had a number of bevvies with that brilliant avant-garde madman in the old Raven, and have been in that beautiful little cabin of his and Carol’s.

I also worked at McKenzie Barge as a young man.

The cabin has to be moved. It’s only a hundred feet from the East Cradle and surrounded by silica sand and other residue of 80 years of heavy industrial activity.

My idea would be to put it into Cates Park, near the Malcolm Lowry memorial, if possible — as a memorial of its own, as the last squatter’s shack on Burrard Inlet.

The District of North Vancouver is balking at the $60,000 cost, which is the price of one of their fully loaded pickup trucks they drive around doing such a superb job looking after our great community.

That being said, if we all put our minds together, talked to Polygon and others, we just might be able to make this work.