Dear editor: When I tuned in to [the May 8] press conference into the impact of money laundering on B.C.’s real estate market, I thought I was prepared for what I would hear.
May 16, 2019 2:47 PM By: North Shore News 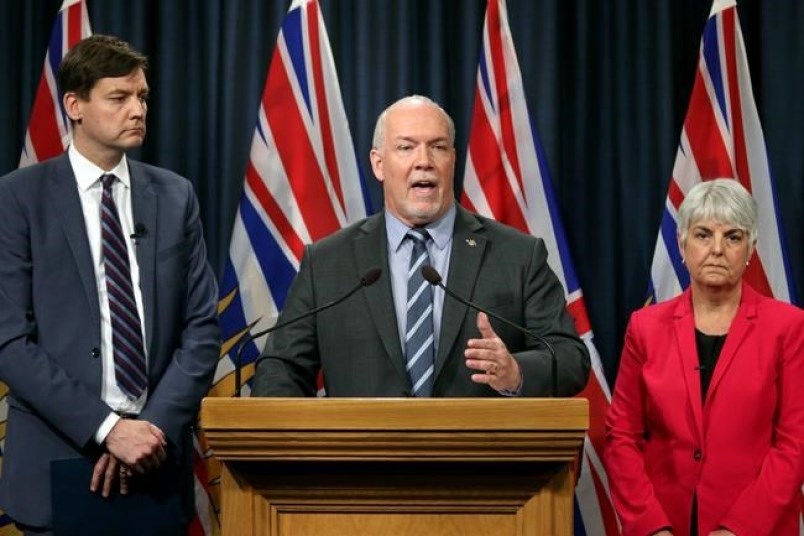 When I tuned in to [the May 8] press conference into the impact of money laundering on B.C.’s real estate market, I thought I was prepared for what I would hear.

I live in West Vancouver, considered by many to be the epicentre of the satellite family phenomenon. A safe haven for dollars earned abroad, spirited away, and parked neatly here through investments in luxury mansions, cars, and children’s educations.

As a child I attended Westcot Elementary, where my best friends were part of the first wave of satellite families from Hong Kong in 1982. I graduated from West Van high, lived in various suburbs throughout Metro Vancouver while going to university, establishing a career and getting married, and moved back to West Van in 2005 to raise my children close to their grandparents.

It was great to be back.

We bought a condo near the aquatic centre, watched the beautiful new community centre take shape, and put down roots as the children began school and made friends. We contemplated the logical step of moving from condo to house, but it always seemed just out of reach.

As time went on, red flags began to emerge.

House prices – always high by regional standards, but still within the realm of possibility – spiralled out of control. Small, “ordinary” houses were scooped up and torn down, but the mansions that replaced them were never occupied. Satellite families arrived at school, stayed a few months, and then moved on. Many of them seemed to own multiple houses, and they were over-the-top luxurious, even by West Van standards.

It was as though the people buying the houses were out to pay as much as possible.

Realtors became as famous as rock stars, and opined that our little seaside village had become a truly world-class luxury destination. Busloads of real estate tourists arrived at open houses, and foreign-connected Realtors knocked on doors unsolicited, asking owners if they wanted to sell.

It was an absolute frenzy – cheered on by local governments, the real estate and development industry, downsizing homeowners, speculators, and everyone else who stood to make money exploiting the city’s shiny new image.

For a local income-earning young family looking for a little more space, it was a miserable time. Having paid off our mortgage, we still couldn’t afford the incremental $2 million it would take to buy a house in our neighbourhood.

We told ourselves that staying put and sacrificing space was the most financially prudent, environmentally conscious option.

My children assured me they didn’t want a house anyway. The cat might run away, or get hit by a car or eaten by a coyote.

Still, l felt like a failure. Like I didn’t really deserve to live in a house in this city.

In my work as a stock market investor, I spend a lot of time thinking about risk. I have also seen a lot of asset bubbles inflate and burst. Japanese stocks and real estate, gold, dot-coms, telecoms, Russian bonds, the U.S. real estate/mortgage market (which almost took the entire global financial system with it), oil, commodities, and bitcoin.

Next up: global luxury real estate. Price are already falling in so-called luxury markets across the world.

Because as evidenced in Peter German’s report, it wasn’t Vancouver’s clean air or beautiful setting, free health care or education that enticed so many of the global moneyed elite to settle here.

It was our bare trust loophole, our tax-free principal residence exemption, our friendly blind-eye-turning regulators and greedy politicians, and our eager crumb-collecting facilitators that attracted a tidal wave of dirty foreign capital to our real estate market.

Houses were used as money-cleaning laundromats, and an entire generation’s home ownership dreams were dashed.

Nothing in Peter German’s report came as a surprise to me.

It had been obvious for a long time that criminal activity was entwined in the housing market, and it was a relief to hear years of anecdotal evidence validated.

But sitting in my office watching the press conference on TV, when Carole James said “Money laundering is not a victimless crime,” I burst into tears.

We are all victims of crime.