Dear editor: The West Coast Modern League is deeply concerned about the imminent loss of the 1962 Forrest–Baker House , designed by architects Ron Thom and Dick Mann.
Dec 30, 2019 9:22 AM By: North Shore News 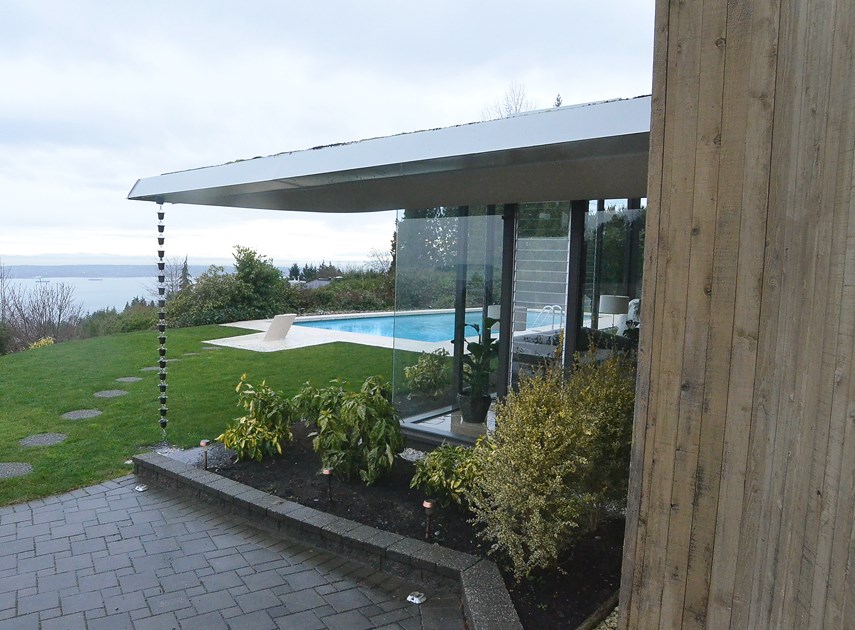 The West Coast Modern League is deeply concerned about the imminent loss of the 1962 Forrest–Baker House, designed by architects Ron Thom and Dick Mann.

Its presence and architectural legacy is of great importance to this region and integral to the reflection of West Vancouver’s current character and historic role as the heart of mid-century modern architecture and design.

An iconic symbol of West Coast design excellence, the Forrest–Baker House exemplifies the geometric and spatial ingenuity of its architect, Ron Thom, one of Canada’s most influential architects of the 20th century. Together with Dick Mann, while at the firm Thompson, Berwick, Pratt & Partners, the pair designed the home for its namesakes, Mr. and Mrs. Terry Forrest. The house would later become commonly known as the Baker House after Mr. and Mrs. Archie Baker, the home’s longest serving occupants and caretakers. While the residence has changed hands numerous times and undergone updates over the years, great care has been taken to retain its unique architectural character.

The house is widely recognizable for its form and relationship to the natural environment, and is a pivotal example of Thom’s exploratory use of geometric abstraction to define a harmonious and symbiotic relationship with its West Coast context. Among its distinguishing features are its hovering, rhythmically pitched rooflines that step and trace the slope of the land; dramatically sweeping overhangs, magnificent floor-to-ceiling window walls, strategic daylighting and spatial ambiguity that capture the drama and ephemerality of its surrounding forested environment. It is among the foremost exemplars of West Coast Modernism.

Revered locally and nationally, the Forrest–Baker House was awarded a Massey Medal for Architecture in 1964, the most prestigious architectural accolade in Canada of its time. Since then, the house has highlighted a national travelling exhibition on the storied architect, and has been featured in numerous other exhibitions and publications.

The house is a reflection of the mid-century cultural life of Canada’s West Coast, and of design principles that have since permeated our city-building efforts across the region. Despite its recognition as a primary heritage asset in West Vancouver, the Forrest-Baker House, as with many other important structures, is not legally protected and remains susceptible to the whims of market forces.

We appreciate West Vancouver staff and council’s recent employment of a temporary protection order [60-day stay of demolition] and ongoing efforts to engage with the current owner to retain this architecturally significant house. While the league is not in support of expropriation, we urge the district to continue with all reasonable steps to protect this and other masterworks of West Coast Modernism.

Editor’s note: The West Coast Modern League is a non-profit society dedicated to advancing understanding and appreciation of architecture and design of the North American West Coast, with a special focus on Greater Vancouver.