“The Mayors’ Council has unfortunately chosen to keep most of its meetings in-camera. Our March 5th meeting started at 9 a.m. It was still not open to the public at 11:20 when I left.
Mar 18, 2015 11:05 AM By: Elizabeth James, Contributing Writer 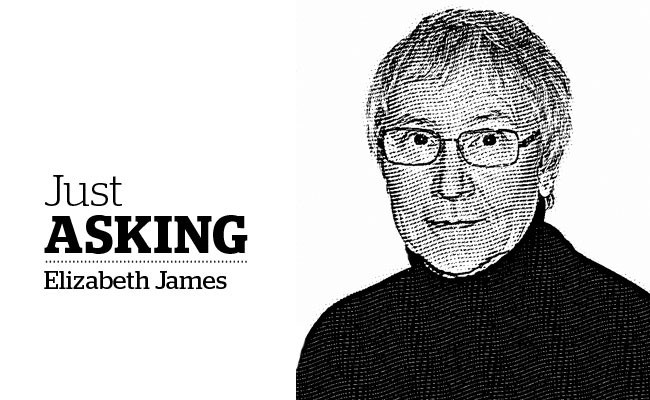 “The Mayors’ Council has unfortunately chosen to keep most of its meetings in-camera. Our March 5th meeting started at 9 a.m. It was still not open to the public at 11:20 when I left. Yet all the items discussed and debated could have and should have happened in public.”
— West Vancouver Mayor Michael Smith, March 8, 2015

The upcoming transportation and transit plebiscite still will not silence TransLink’s financial hand-wringing, nor will the result satisfy everyone in the region — however the vote may go.

West Vancouver Mayor Michael Smith does not criticize lightly. That he did so in answer to my recent questions is a measure of his frustration with the entire TransLink process.

My first question was this: When all but three members of the Mayors’ Council voted in favour of a referendum on a 0.5 per cent increase to the sales tax, did they also approve formation of a Mobility Pricing Independent Commission and, if so, was it a “bundled” motion?

Then I wanted to know whether the mayors also approved the “planning and implementation of mobility pricing to be achieved within five to eight years.”

The last question was this: If voters approve the renamed “congestion improvement tax” will that give carte blanche to the mobility pricing idea, or will that go ahead regardless of the vote?

The mayor was unable to answer because the meeting was one of those that have “kept discussion of issues such as mobility pricing behind closed doors.”

Smith said those meetings also “prevented the public from seeing how the transit issue has been so badly handled over the past three years.”

In Smith’s opinion, the appointment of Jimmy Pattison confirms the current TransLink model isn’t working and that, “TransLink management, the unelected board of directors and the Mayors’ Council between them, need an additional oversight to guarantee that $250 million of a $1.4-billion budget actually goes to transit improvements!”

Are Mayor Smith and I just two cranky naysayers, alone in a field of North Shore Yes voters? Not judging by the emails that fly by me.

So let’s look at the precedent-setting plebiscite from the perspective of three other North Shore citizens.

Already unhappy with the use of in-camera meetings at the municipal level, District of North Vancouver resident Corrie Kost was incisive in the plebiscite issues he raised.

According to BCStats, the 2014 North Shore population was estimated at around 181,088, or approximately seven per cent of Metro Vancouver numbers.

So using conservative numbers, Kost argues it makes sense that the North Shore should receive roughly seven per cent of the transit/transportation benefits offered by the $7.5-billion Mayors’ Council Plan — about $530-million, or $53-million per year.

Having come to that conclusion, Kost then asked, “What is the list (of projects in the plan) for the North Shore? What is the 10-year phase-in schedule for that list and the monetary value of each of those projects?”

The answer to the first part of Kost’s question is that, according to a Mayor’s Council advertisement, we would receive 50 per cent more SeaBus service — every 10 minutes during peak hours, 15 minutes at other times; three new B-line buses, and increased service with “more buses on the North Shore,” and reduced congestion.

Phase-in schedule remains to be seen but, from my perspective, that’s paltry value for $53-million — especially when North Vancouver buses will actually be based somewhere across the bridges.

Lastly, we have the following quotes from two other residents. The first is from E.G. in West Vancouver, who says “In my view, the problem goes all the way back to the (days) when the Lower Mainland was saddled with SkyTrain, a solution costing five times as much as the (light-rail) cities like Calgary and myriads of others have chosen.”

And from D.C. in North Vancouver, “I noticed there was a big Vote Yes ad in the March 4 North Shore News. . . . Who is paying for those ads? Is it my tax dollars, or is the money coming from TransLink? . . . Doesn’t this need to be disclosed?”

As they ponder whether to check Yes or No on the mail-in ballot, North Shore voters are entitled to know exactly what they will be buying for their money if the tax is approved.

They are also entitled to know — before voting to support regional projects like a Broadway tunnel for Vancouver, a new Pattullo bridge and Surrey’s rapid transit — whether or not senior governments will commit to their share of project costs and, if so, to what degree.

Unwittingly, Mayor Smith neatly summed up my own No vote:

“Measured by results, the public has been and continues to be poorly served by TransLink, the province and the Mayors’ Council. This is public money and transit is an essential service. Yet, collectively, we have proven ourselves unable to create a model for success that is accountable to the citizens we are supposed to serve.”

That says it all, doesn’t it? TransLink, the agency that believes your pocket is the gift that keeps on giving — whether or not you are given good value for your money in return.

What are your thoughts? Send us a letter via email by clicking here.