“Please Elizabeth write something on (affordable housing) as people have short memories! Before election they promise to help the poor and middle class; after that, it’s ‘goodbye.’ People believe these politicians who say they have vision for B.C.
Jan 20, 2016 12:00 AM By: Elizabeth James 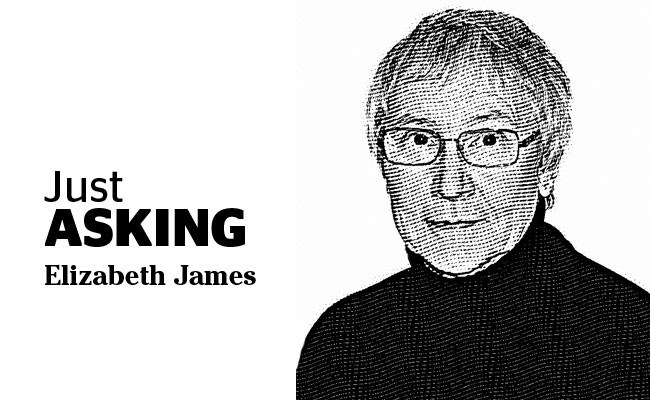 “Please Elizabeth write something on (affordable housing) as people have short memories! Before election they promise to help the poor and middle class; after that, it’s ‘goodbye.’ People believe these politicians who say they have vision for B.C.”
– All regular citizens

Inadvertently, my anonymous correspondent hit on the very stumbling block standing in the way of workable solutions to the critical problem of housing affordability on the North Shore: so long as voices stand in the shadows, afraid or unwilling to stand up to be heard loud and clear, little momentum can or will be accomplished to solve the problem.

What I found most intriguing – and exciting – was that I received the letter one day before I was to meet with Capilano University professor Michael Markwick to discuss a Housing Affordability Assembly planned for Family Day, Feb. 8 at St. Catherine’s Church in Edgemont Village.

The event, which will run from 1 to 2:30 p.m., is being organized by the North Shore branch of Metro Vancouver Alliance, metvanalliance.org.

Markwick and I agreed “regular citizens” are overwhelmed by the scope of the problem and the feeling they cannot win ground against the corporations behind skyrocketing real-estate prices.

“The alliance believes organized people can, indeed, trump organized money; but they do need to be willing to organize,” he said.

“One of the best ideas to come out of our efforts is to encourage formation of community land trusts along the lines of the work being done in the U.S. and in East London in the U.K.,” he explained.

And that brings me to these questions:

Why do anonymous “regular citizens” trust me to make a success of carrying their message to politicians and corporations who, for the most part, pay me no heed?

If those regular citizens are serious about their concerns, did they vote at the last municipal election? If so, why did they return to office many of the decision-makers who encourage over-development and the renovictions from low-cost housing?

Lastly, why would a reader of this paper believe anything I write could have more effect than just another drop of water on the stone when compared to the superbly detailed Nov. 20 North Shore News opinion piece, Housing Crisis Needs Federal Action Now, by Don Peters, chairman of the local Community Housing Action Committee; or compared to North Shore News reporter Brent Richter’s excellent Dec. 6 analysis: Rental Crunch: Housing at Crisis Levels?

When it comes to standing together to take concrete action on the dire straits being faced by homeless citizens on our streets, you don’t need to be religious to remember the question, “Am I not my brother’s keeper?”

“We have to organize to make sure the seniors who built our community and the youth who are the future of our community can remain in our community,” urged Markwick who knows first-hand that some of his students have slept rough because they had no place to call home.

Before you ask whether I have set an example to follow, I confess that beyond buying the odd sandwich for a panhandler, I have not. Like 30 to 50 per cent of regular citizens, I have been too engrossed with keeping my own head above water to make anything more significant than a small donation here and there to salve my conscience.

And that’s why I found Markwick’s patient explanations about the community land trust idea so exciting – most especially so because at least three of our five North Shore councils have already taken some steps in this direction. “We need our communities to mobilize and back those politicians who have the integrity to work with us, to give them the benefit of the courage of our convictions,” he said.

In brief, as political attendees at the Feb. 8 presentation will hear, the general idea is to follow the pattern of gradual land assembly purchases, a variation of the waterfront property acquisitions process undertaken by West Vancouver council. Land would be transferred to a community trust to be managed in cooperation with audit-worthy non-profit groups who would build affordable – truly affordable – accommodations.

While I don’t know if this would be part of the equation, what I would like to happen is for councils to also turn over to the non-profits any dollars they extract from developers as part of their density-bonusing schemes.

That would leave a more significant legacy than using the money to build ferris wheels on the waterfront or, even, a bike lift on Lonsdale Avenue.

As Methodist Minister Paul Regan put it in London, “When so much is being sold out of public ownership (think “surplus” schools – EJ), it drives a spiral of decreasing supply and increasing demands. It is a vicious circle in which investors can only see there are profits to be made.”

So if you take one thing only out of this story, let it be this: Organized citizens can trump organized money.

Professor Markwick and his Metro Vancouver Alliance colleagues are doing the early lifting – now we need to see how many regular citizens will stand with them.

After 16 years with the multi-disciplinary Perinatal Programme of B.C. and later in various endeavours in the growing high-tech industry, Elizabeth James now connects the dots every second Wednesday on local, regional and provincial issues. She can be reached via email at rimco@shaw.ca.