EDITORIAL: Seymour Salmonid Society moved mountains to save a river

It was five years ago this week that a natural disaster nearly destroyed one of the North Shore’s largest rivers as a spawning ground for salmonids.
Dec 6, 2019 6:59 AM By: North Shore News 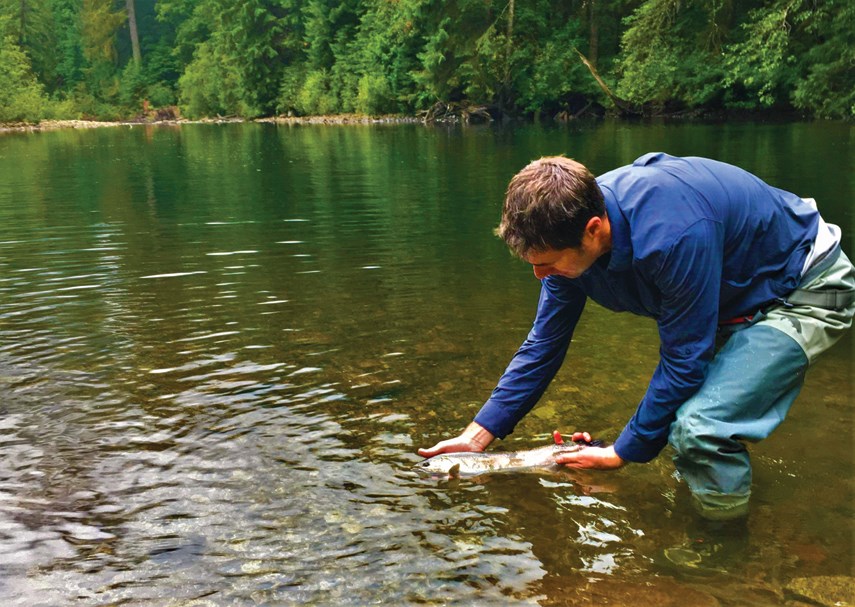 It was five years ago this week that a natural disaster nearly destroyed one of the North Shore’s largest rivers as a spawning ground for salmonids. A rock slide dumped 50,000 cubic metres of granite into the Seymour River, making it impassible for returning fish.

In the days and weeks after, it appeared no one at any level of government had plans to do anything about it. Tough luck for the coho salmon and steelhead trout, the people who fish for them and the bears and birds that feed on them.

But Shaun Hollingsworth and a dedicated team of volunteers with the Seymour Salmonid Society weren’t ready to walk away from the river they’d been the stewards of.

This week we celebrate the effort they led to gradually break apart the massive boulders and clear the way for fish once again. They swam upstream. They moved mountains to save a river.

Salmon stocks of all kinds are dwindling thanks to warming oceans, pollution, disease and habitat destruction. If they are to survive, it will be because of the efforts of people, non-profits, First Nations and government agencies that came to the rescue of the Seymour.

Metro Vancouver says the pond at the top of the slide will remain. It’s small enough, they feel, that there is no need to give it a name. We disagree. When the time is right, we think the permanent change in geography should have a name that pays tribute to the person who has done the most to save the river. We’d suggest Hollingsworth Pond or Shaun’s Sluice. That way future generations of people and salmonids who pass by will know who saved the river below.