Like many, we were disappointed in Justin Trudeau after seeing a picture of Canada’s prime minister wearing brownface at a party held during his years as a teacher. He has also worn blackface.
Sep 19, 2019 10:00 PM By: North Shore News 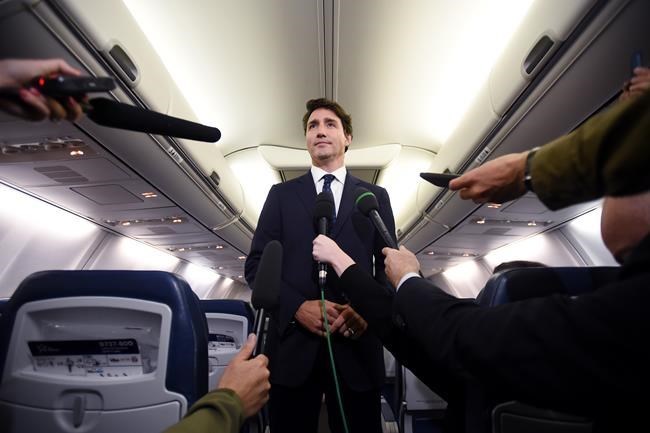 Liberal Leader Justin Trudeau makes a statement in regards to photo coming to light of himself from 2001 wearing "brownface" during a scrum on his campaign plane in Halifax, N.S., on Wednesday, September 18, 2019. THE CANADIAN PRESS/Sean Kilpatrick

Like many, we were disappointed in Justin Trudeau after seeing a picture of Canada’s prime minister wearing brownface at a party held during his years as a teacher. He has also worn blackface.

It is especially galling after years of Trudeau cultivating his image, and that of the Liberal party, as being inclusive and welcoming of diversity while calling out others for being less enlightened.

There’s no question this has been the biggest scandal of the election campaign but let’s be wary of those looking to advance their political fortunes from this. There is plenty of hypocrisy to go around. And politicians are not the victims here. People of colour are.

To take entire races or ethnic groups, reduce them to stereotypes, and make them into a costume is belittling and deeply hurtful. It was as wrong for a 29-year-old drama teacher to do in 2001 as it was in Jim Crow-era minstrel shows.

The only way good can from this is if we examine the pathology that led to it. After his apology, Trudeau said it was his privileged upbringing that allowed him to act so callously.

That failure to consider another person’s pain is what gives systemic racism oxygen to breathe. And while Trudeau’s theatrical idiocy makes him somewhat distinct, a similar strain of myopic cruelty can be found in school bullies as well as demagogues who rail against multiculturalism.

It’s time we took the makeup off and finally looked at what’s underneath.