Every day at around 4:30 p.m. an email hits my inbox and it is one that holds increasingly fascinating and, frankly, worrisome news.
Jun 16, 2020 3:35 PM By: Keith Baldrey 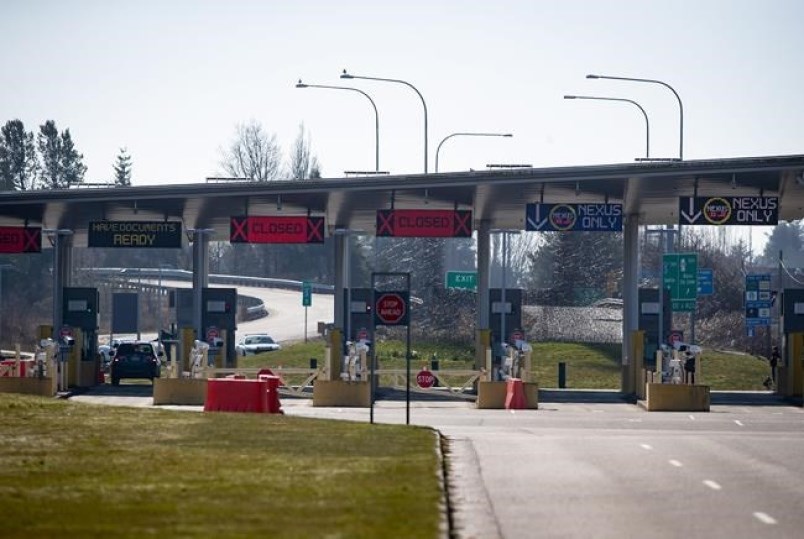 The U.S. port of entry into Blaine, Wash., is seen at a very quiet Douglas-Peace Arch border crossing, amid concerns about the spread of the coronavirus in Surrey, B.C., on Wednesday, March 18, 2020. photo The Canadian Press/Darryl Dyck

Every day at around 4:30 p.m. an email hits my inbox and it is one that holds increasingly fascinating and, frankly, worrisome news.

The email is from The Seattle Times newspaper, and it contains the latest COVID-19 statistics for the state of Washington. For more than two weeks now, the numbers have been going the wrong way, i.e. they show the number of people with the virus and the number of deaths associated with it escalating and not decreasing.

Given the state’s close proximity to this province, the daily check on Washington’s numbers is relevant to B.C.’s situation. Even though the land border is closed, many people are able to cross it via their vehicle because they are deemed essential service workers (for example, commercial truck operators and health-care professionals).

As well, flights between Seattle and Vancouver occur more than a dozen times a week. Even with tight restrictions in place, there is still a fair amount of travel occurring between B.C. and Washington.

While B.C. has been motoring along with relatively few COVID-19 case reported each day, and very few deaths, it has been the exact opposite experience for Washington state since that country’s Memorial Day holiday weekend back in May.

In fact, the number of cases has jumped by more than 20 per cent in that time frame, compared to just a seven per cent increase in B.C. over the same period of time.

Since June 8, there have been almost 1,800 COVID-19 cases reported in Washington plus 56 deaths, compared to a mere 50 cases in B.C. and one death.

Of course, it should be noted that Washington state is doing a lot more testing for the virus than B.C. is (about 450,000 to almost 170,000), so American health authorities are bound to find more cases. However, here is a curious fact: the Washington test positives are coming back at 5.9 per cent of those tested, more than three times the infection rate in B.C. (currently about 1.7 per cent).

And the higher testing levels do not explain a much grimmer statistical difference: as of last Sunday, more than 1,200 people had died from COVID-19 in Washington, compared to 167 in B.C.

To be clear, Washington is hardly the worst state right now in terms of COVID-19 cases rising dramatically – more than 20 states have higher numbers than before pandemic restrictions were eased – but it is the state closest to us.

Other factors that may help explain how two jurisdictions so geographically close to each other could have such radically different statistics are likely tied to health. Obesity is one of the most dangerous underlying health conditions when it comes to COVID-19, and the obesity rate among Washington adults is about 29 per cent compared to 19 per cent in B.C.

B.C.’s public health system appears better structured to deal with a health care pandemic, and B.C. has not seen anywhere near the number of mass gatherings like the protest rallies recently seen in Washington.

I say all this to make the argument that the Canada-U.S. border cannot open for a very long time, perhaps months and perhaps even longer. Those days of popping across the line for cheap gas are going to be very distant memories.

Letter: Old-growth is essential to our supernatural British Columbia
Jun 11, 2021 8:29 AM