BALDREY: NDP Leader Jagmeet Singh is proving to be an excellent campaigner

He came into the federal election campaign with the lowest expectations of any political party leader, but NDP Leader Jagmeet Singh has proven to be a formidable campaigner.
Oct 2, 2019 3:54 AM By: Keith Baldrey 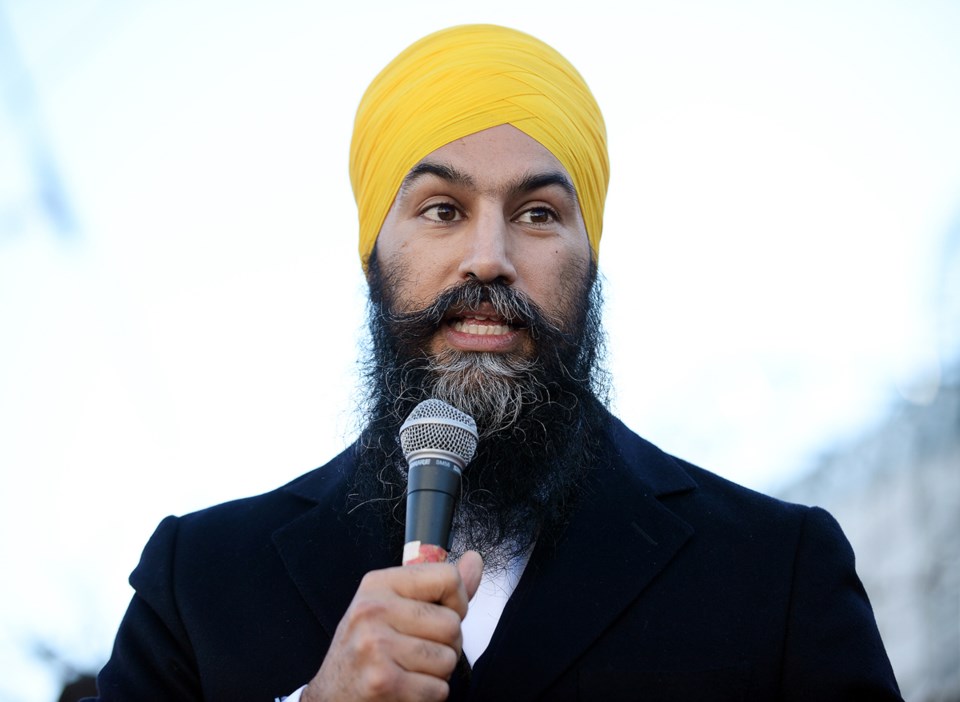 NDP Leader Jagmeet Singh moved to Burnaby in November 2018, in anticipation of the upcoming byelection.Jennifer Gauthier

He came into the federal election campaign with the lowest expectations of any political party leader, but NDP Leader Jagmeet Singh has proven to be a formidable campaigner.

The question now, of course, is whether he can translate his good performance into electoral success for his party, which may still find itself in desperate straits despite Singh’s efforts.

I have been around him on several occasions and I have to admit I have been impressed with his ability to not only attract crowds but to hold them in his spell. He was nearly mobbed at the climate action march in Victoria last week and drew a large crowd to a town hall later that evening.

The next day his campaign deftly boarded a ferry where he found a very receptive captive audience for 90 minutes and later drew hundreds to a rally in Surrey that was organized on short notice.

He seems to be getting a fair amount of attention from young voters who seem particularly drawn to him. It is not quite Singh-mania or anything like that, but his style of campaigning is much closer to Justin Trudeau’s style than either that of Andrew Scheer or Elizabeth May.

In fact, Singh may be rivalling Trudeau when it comes to being the selfie king of the campaign.

He held his own in the only televised debate so far (and will likely do well in next week’s televised debate) and no doubt has benefitted from Green Party leader May’s rough and uneven start to the campaign. He seized upon her promise to potentially support a Scheer Conservative government as a means to paint her party in right-wing hues.

Moreover, Trudeau’s past foibles may have breathed some life into Singh and his party. The polls do not necessarily reflect that – they continue to suggest public opinion has been locked in with little movement since the campaign began – but I think they may be a reason for the crowds he is attracting.

However, for all the good reviews of Singh’s performance, I still have to wonder whether he is trying to push a very large boulder up a rather steep hill. While the NDP seems to have regained some lost ground in public opinion, the jury is still out on whether it can hang onto most of its current seats, let alone adding to them.

This past weekend, he curiously paid a visit to the riding of Vancouver Kingsway, which should normally be considered a lock for his party to win (incumbent Don Davies won by almost 8,000 votes in 2015).

Riding visits are of strategic importance so his drop-in there may indicate some nervousness (Trudeau kicked off his campaign in the same riding, which likely gave his party’s star candidate, Tamara Taggart, a bit of a boost).

In Victoria, usually considered an NDP stronghold, the Greens seem to be running neck-and-neck with the NDP when it comes to candidate lawn signs on home lawns (as opposed to ones on public property such as boulevards), which are indicative of actual voting intentions.

The Greens certainly seem to have a presence on Vancouver Island that the party has lacked before and that may threaten at least some of the six ridings the NDP currently holds on it. Singh will no doubt visit those ridings at least one more time between now and election day.

However, Singh also visited Surrey-Newton, a riding won by the Liberals in 2015 by a huge margin. Singh told me before the campaign began that he thinks the NDP can pull an upset there.

I am not so sure about that, but I am sure if the NDP suffers an electoral disaster on Oct. 21 the blame shouldn’t automatically be placed on Singh’s shoulders.

Few people were expecting much from Singh in this race. He’s new and largely untested, the argument went, so the bar was set fairly low for him.

Singh is exceeding those low expectations and do not be surprised if he continues to do that right up to election day. Whether his party can do the same remains a big unknown.

Letter: While Canadian athletes go for gold, we need to be thinking about silver dollars
Jul 31, 2021 9:05 AM