Can ICBC survive? And if so, can it do so only through a huge increase in auto insurance rates? Those are questions worth pondering given the latest update on the Crown corporation’s fiscal situation.
Mar 1, 2017 9:27 AM By: Keith Baldrey 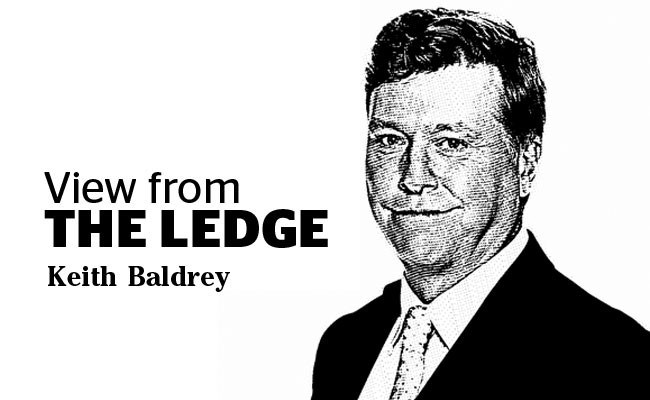 Can ICBC survive? And if so, can it do so only through a huge increase in auto insurance rates?

Those are questions worth pondering given the latest update on the Crown corporation’s fiscal situation.

A few months back in this space, I pointed out ICBC was once again being used as a political football by the B.C. Liberal government and it now appears the air has been rapidly squeezed out of the ball.

What was supposed to be a $95-million contribution from ICBC back to government this fiscal year has turned into a loss of almost $400 million. And what were supposed to be profits over the next few years are now expected to turn into major annual losses.

Adrian Dix, the NDP’s dogged ICBC critic, has pointed out in that the difference between projected profits and actual losses is even greater over a period of years – a $1.5 billion difference, as a matter of fact.

And Richard McCandless, a retired senior civil servant and an intervenor at B.C. Utilities Commission hearings, says the government has allowed an annual structural deficit of around $400 million to $500 million to become embedded in ICBC, one that cannot be sustained within the current funding model.

A contributing problem to the mess is the fact the government has drained the corporation of so much money its capital reserve (regulatory rules require it to be maintained at a high level) has been sinking. The government has shifted almost $1 billion from its profitable, optional insurance side over the past three years to make up the shortfall, and another $1.5 billion will be required over the next three years.

McCandless says there are only two options here: either cut costs significantly, or increase revenues dramatically. Unless the government turns around and starts subsidizing ICBC with hundreds of millions of dollars, rate increases could total between 42 per cent over the next four years (or as high as a cumulative 117 per cent if the capital reserve problem is factored in).

McCandless likens the situation to a “not-so-slow-motion train wreck.” In other words, a crisis is mounting very quickly (he also offered another analogy to me: “It’s like trying to put out a house fire with $1,000 bills.”).

While it is true that ICBC, like many other auto insurance providers, is struggling to deal with skyrocketing claims, as the cost of repairing modern vehicles is much more expensive than even a few years ago, other issues are behind the crisis.

Dix points to almost 500 layoffs of ICBC staff starting almost a decade ago.

Many were experienced claims adjusters, and so the time required to settle claims took longer, thus adding to the costs (Dix acknowledges things have started to turn around this year on this front as more adjusters have been hired, but he argues the damage has been done).

And Dix says ICBC has become more litigious, dragging out claim settlements as long as possible, thus driving up costs even more. Management ranks became bloated over time and that management failed to deal with a 45 per cent increase in non-litigated claims costs in six years.

He thinks ICBC can still be saved, but only if big changes are implemented, and implemented quickly (one possibility: make penalties for distracted driving – the number one cause of accidents – even more severe than they are now).

Expect Dix and his party to use the short legislative session to continue to berate the B.C. Liberals over its use of ICBC as a political cash cow and its record of political interference in an entity once considered a shining example of public auto insurance to show off to other jurisdictions.

So far, the government has offered little in the way of explanation or even defence of its action. Transportation Minister Todd Stone, who has ministerial responsibility for ICBC, has basically criticized the New Democrats for even daring to raise the issue.

But get ready for a looming sticker shock from your car insurance rates.

It won’t happen before the election, but it will happen eventually – whether ICBC survives or not.