OTTAWA — The road to the Tokyo Olympics and Paralympics will look a bit different for Canada's track and field team.
Feb 10, 2021 12:12 PM By: Canadian Press 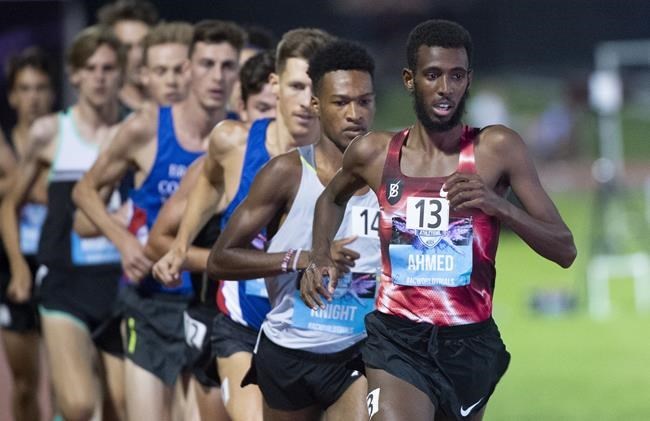 OTTAWA — The road to the Tokyo Olympics and Paralympics will look a bit different for Canada's track and field team.

Athletics Canada announced new rules and safety measures for Olympic qualifying amid the COVID-19 global pandemic, including no spectators at the trials June 24-27 in Montreal, and no requirement for athletes who've achieved the standard to attend.

"We are building our plan to provide a safe, healthy environment for everyone involved," Athletics Canada CEO David Bedford said in a statement.

Among the changes in regulations at the trials, approved by Athletics Canada's board of directors: entries will be by invitation only; a limited number of coaches, staff and volunteers will have access to the event site; and there will be no U20 competition.

Among the changes in qualifying implications: competing at the trials is no longer required to be nominated to either the Olympic or Paralympic teams; and the winner of each able-bodied event at the trials receives an automatic Olympic spot if they've achieved the standard.

Eliminating the need to attend the trials has big implications for athletes who live in the U.S., such as middle-distance runners Moh Ahmed and Gabriela DeBues-Stafford.

Athletics Canada is also working to help athletes across the country find ways to compete safety while minimizing travel.

In its press release Wednesday, Athletics Canada said it reserves the right to change, alter or modify the format of the trial based on changing restrictions and public health measures.

The final competition program will be announced May 14. Athletes will receive invitations to the event beginning May 17. The Olympic nomination meeting is July 2, and the Paralympic meeting July 21.

Only about 60 per cent of the some-11,000 athletes for Tokyo have qualified, across all sports.

This report by The Canadian Press was first published Feb, 10, 2021.