EDMONTON — The Edmonton Football Team has restructured the contract for Trevor Harris, keeping the starting quarterback with the squad through 2022. The team says the restructured contract helps the club meet salary-cap requirements.
Dec 26, 2020 1:35 PM By: Canadian Press 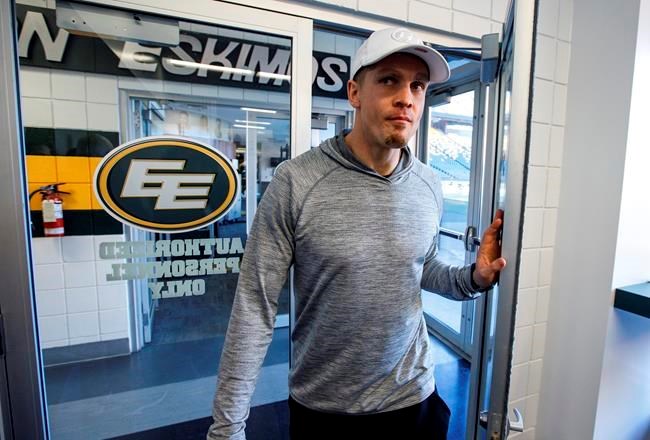 EDMONTON — The Edmonton Football Team has restructured the contract for Trevor Harris, keeping the starting quarterback with the squad through 2022.

Harris signed with Edmonton last year and was named the club's most outstanding player.

He set playoffs records for consecutive completions (22) and completion percentage (92.3 per cent) in an East semifinal win over Montreal. Edmonton lost to Hamilton in the East final.

"Knowing what dollar amount he'd be at allows us to start planning accordingly for the rest of the team. We're very fortunate to have a player like Trevor whose character and team-first attitude is even better than his outstanding play on the field," Edmonton general manager Brock Sunderland said in a statement.

The Wilfrid Laurier University product was Edmonton's rookie of the year and top Canadian in 2018 and 2019.

“Kwaku is a rare ratio breaker who has produced at a high level from the moment he stepped on the field for us in Edmonton," Sunderland said. "He’s been a consistent stalwart for us and has had some NFL interest because of it."

The Hamilton Tiger-Cats have extended the contracts of senior directors of personnel and co-managers of football operations Drew Allemang and Shawn Burke.

The deals come two days after the Ticats extended the contract of head coach Orlondo Steinauer.

“Drew and Shawn are two very bright and diligent football executives who both have a superb work ethic,” Ticats chief executive officer Scott Mitchell said in a statement. “They are also just great people who have spent their entire careers in the Tiger-Cat organization and have excelled in every role they have been in."

This report by The Canadian Press was first published Dec. 26, 2020.